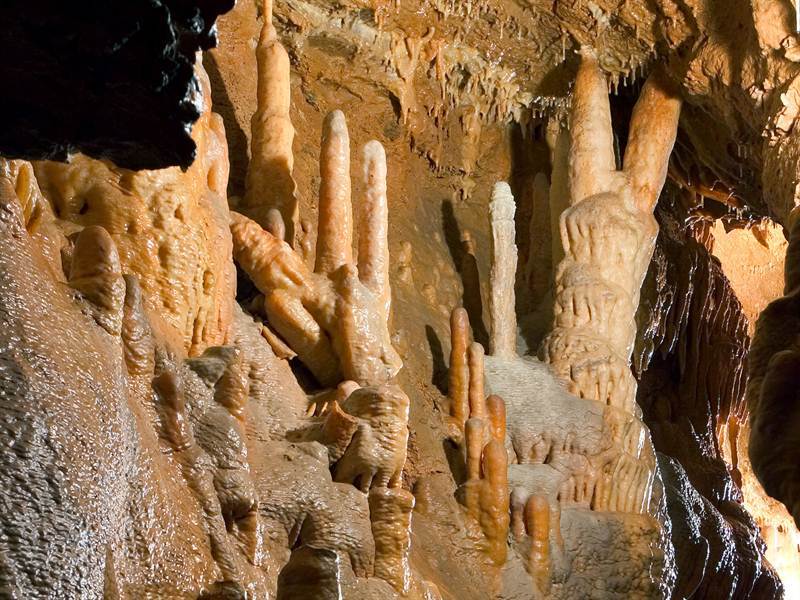 The mysterious hole on the Drinkový Hill was known to local people as early as the 19th century. J. Banič and I. Vajsábel roped down to deeper parts of the doline chimney in 1930. J. Prudík established a Committee for Cave Research in 1931 with the aim of Smolenice caves research. They entered the cave to 36 m’s depth from surface in 1932. In order to create suitable condition for opening the cave for public, the Cooperative for the Driny Cave and Lesser Carpathians Karst Research Ltd. was established in Smolenice in 1933, thanks to J. Beňovský. The lower entrance was thirled in 1933 and interior adaptations started. J. Prudík, J. Banič and J. Kratochvíl discovered the Beňovský Passage in 1934. In 1935 and in relation to the changes of the cave economic management, the Cooperative approved a new charter and name altered to Smolenické Driny Caves and Resorts, Cooperative Ltd. seated in Smolenice. In the same year, the cave was opened to public with a provisional electric lighting in the length of 175 m. Proper electric lighting was installed in 1943. In 1950 the cavers headed by J. Majko, A. Droppa and L. Blaho discovered the Hall of the Slovak Speleological Society, which was together with the Loamy Passage and the Passage of Hopes opened to public in 1959. The length of tourist path is 410 m.