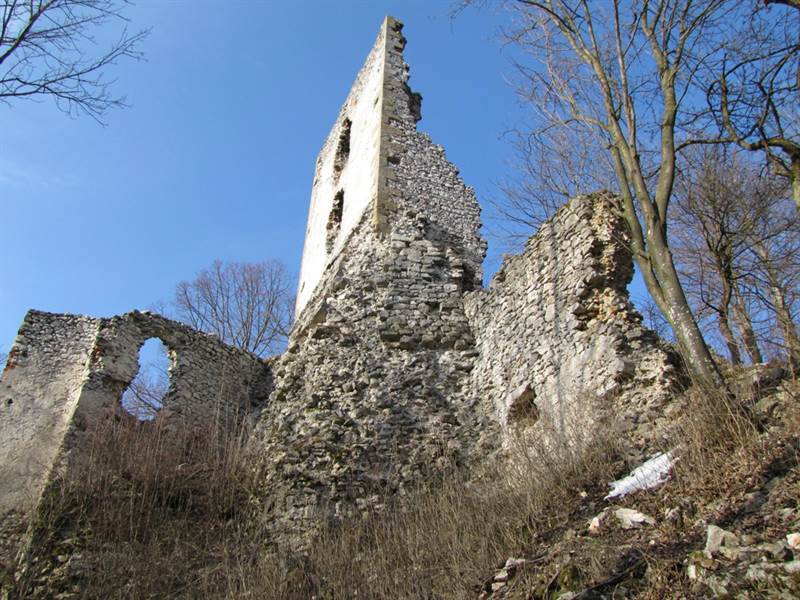 Situated in the hills of Slopy Nature Reserve in West Slovakia, are the ruins of Dobrá Voda Castle. There is a legend about how it was established and how it got its name. The legend talks about a terminally ill king to whom no physician was able to help. His last hope was to take the advice from a simple local girl who told him to drink some good water (dobrá voda) from a certain spring in Small Carpathians. When, to everyone’s amazement, the water cured his illness, he gave her permission to build a house there. After some time, her modest settlement grew into a majestic castle named after the spring, so as to be a reminder of the king’s miraculous cure. Today, after waves of anti-Habsburg rebellion and after a devastating lightning strike, Dobrá Voda Castle lies in ruins, dominating the deep green forest around it. Nevertheless, its picturesque ruins are no less attractive to visitors of all ages than any well-preserved castle.