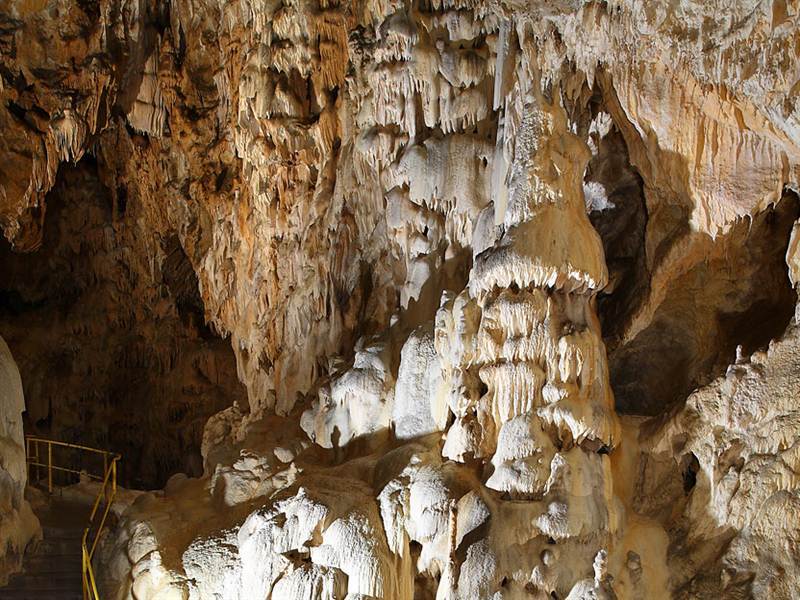 The entrance space of the cave called Izbica, which offered shelter in bad weather to woodcutters and forest workers, was known to local people since long ago. The later discovery of the cave in 1932 wasn’t a result of a chance but a goal-directed heavy work of 18 years old Michal Bacúrik, who after 14 day dug out a narrow opening – now the Discoverer’s Passage and entered the snow white hall later called the Discoverer’s Dome. It is interesting that the discoverer was fined for this because he didn’t have the permission from the town forest office to enter their forests. The town council in Banská Bystrica closed the cave in 1933 because of flowstone fill protection. The Dome of Pagodas, Riverbed and Stray Dome were discovered by V. Kovalčík, O. Ondroušek in 1938. In 1944 during the World War II, the cave served as a shelter for local people.

The cave was measured in 1949 on the impulse of the caving group of the Club of Slovak Tourists and Skiers from Banská Bystrica, which was related to planned opening to the public. The cave was opened to the public for the first time in 1950.

The people from Turista National Enterprise penetrated to spaces behind the Stray Dome in 1959. Further continuation of spaces was discovered by the cavers from regional group of SSS in Banská Bystrica in 1987. The length of accessible part is 720 m.