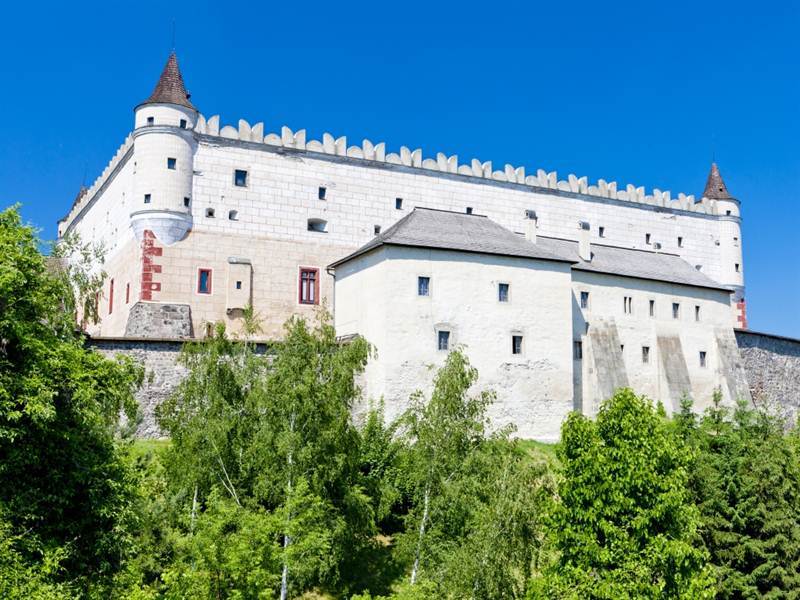 Not far from the confluence of the Slatina River and the Hron River in the old central Slovakian city of Zvolen stands a charming castle with its characteristic rectangular footprint, corner towers and its Renaissance style parapet roof. It is said this castle used to be one of Matej Korvín’s (Matthias Corvinus) favourite residences. Legends say that after he became the king, he liked to roam around the countryside disguised as a farmer, listening to all the needs and complaints of his people. Through that he learned to understand the needs of the simple folk and became a sensible and just ruler. He grew to be so popular that the folk tales depict him as the only markedly positive character out of the host of kings that once ruled over Slovakia. Zvolen Castle is now used by the Slovenská národná galleria (Slovak National Gallery). Thanks to SNG the castle is the greatest art gallery in Slovakia. Out of their rich collection of various historical works of art – comprising both paintings and sculptures – the collection of rare Slovak icons or the exhibition dedicated to Majster Pavol z Levoče (Master Paul of Levoča) deserve special attention. Out of the attractions found in the vicinity of the castle that are worth mentioning is the replica of the armoured train named Hurban used in the struggles of the Slovak National Uprising. Out of places worth visiting in Zvolen, the former grounds of Pustý hrad (“Desolate Castle”) located on a hill above the city, is definitely one of the places to go.

Zvolen Castle is used by the Slovak National Gallery.