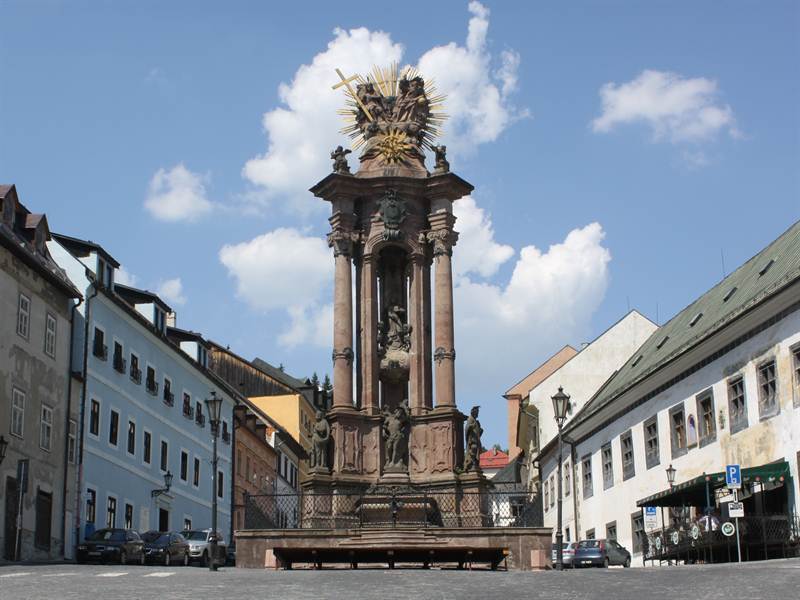 A beautiful ancient town of Banská Štiavnica is one of the biggest cultural and historical jewels of Slovakia. The town is registered on the list of UNESCO World Heritage. The majestic Plague Column decorating historical Holy Trinity Square (Námestie svätej Trojice) belongs to the most famous and most charming local landmarks. The column was constructed in gratitude for decline of the plague outbreak, which scourge inhabitants of Banská Štiavnica in the early 18th century.  The Plague Column plays an important role even today, as no visitor should miss to take a picture of it.