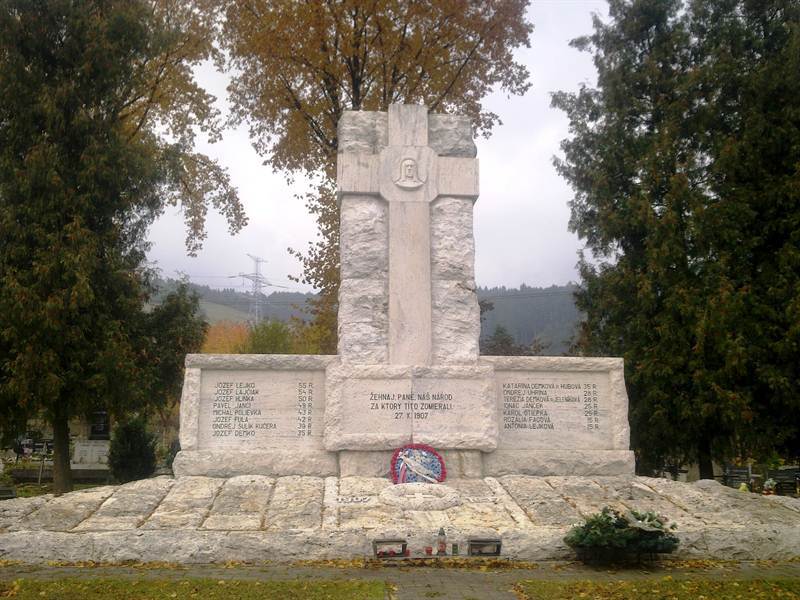 Memorial to the martyrs in Černová

The village Černová, today the part of a city Ružomberok, became the scene of the tragedy in the beginning of the 20th century. Residents on the initiative and financial support from A. Hlinka built a church. The people insisted on consecrating the church by A. Hlinka - their compatriot and favourite. But nobility refused it and for the consecration sent another priest accompanied by gendarmes. The people protested and obstructed the path to the church. Gendarmes began to shoot at mass rally where 15 people were killed and dozens were injured. Today the memorial in the local cemetery reminds the victims of Černová tragedy.