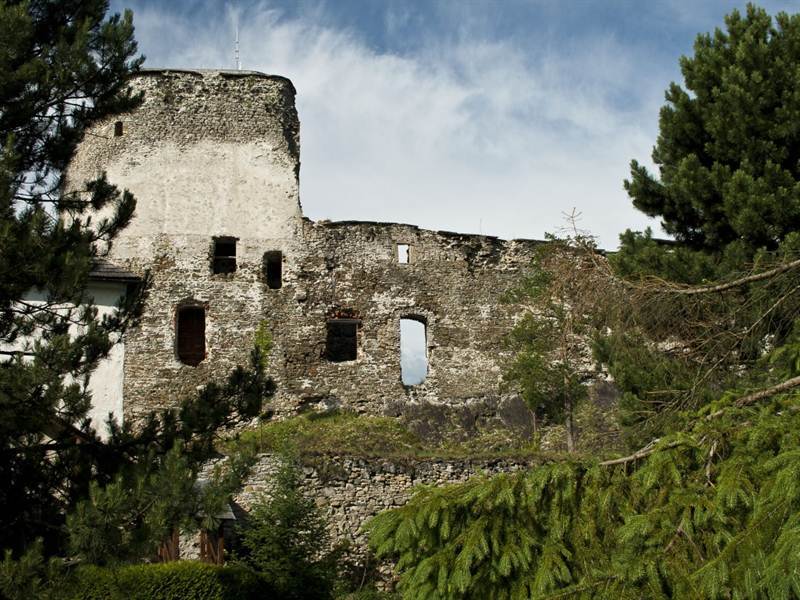 Liptovský Hrádok, a small town in Central Slovakia with rich history and surrounded by beautiful countryside, boasts a ruined castle of the same name with an elegant Renaissance manor house in the castle foregrounds. This administrative and defensive centre is the subject of a legend about romantic but unrequited love between a young noblewoman and a captain of the neighbouring castle. As there was a feud between the two families, the father of the girl was strongly against their marriage. Then the young captain arrived to the gates of the Liptovský Hrádok castle with his war party, hoping to take his lover by force. But upon entering the keep, he found the girl in a puddle of blood and her father with a crimson-coloured blade in his hand. Visitors to Liptovský Hrádok nowadays will not be faced with such surprising scenes, that is for sure. The castle complex no longer houses quarrelsome nobility, but instead it houses a luxurious hotel, which, in addition to offering standard hotel services, also organizes tours around the castle and the manor house. Apart from ancient courtyards and stately interiors, visitors can admire the beautifully arranged park or the romantic pond.