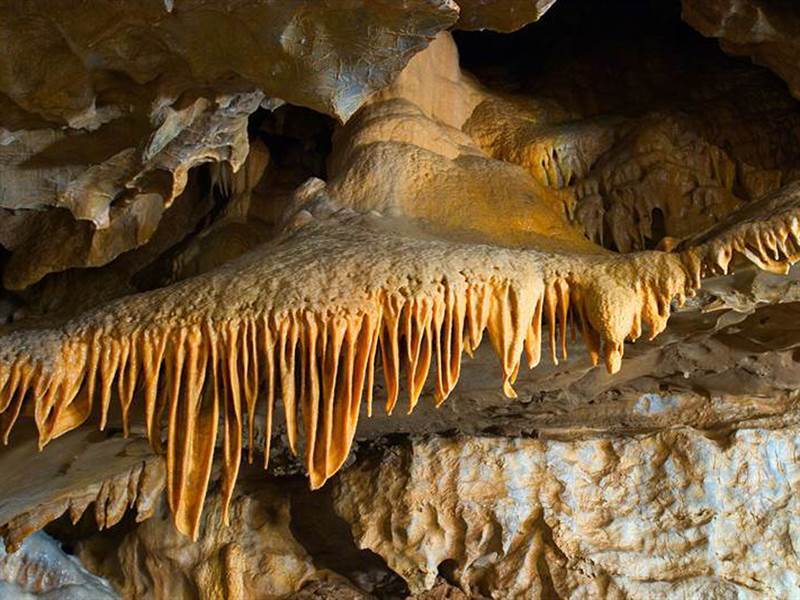 Local people knew about the opening to the Old Cave for a long time. The first people daring to go underground were J. Kovalčík and E. Laubert in 1923. The Hell Abyss, through which the New Cave was reached later, was discovered by E. and A. Hollmann and J. Kovalčík in 1926. The members of the Carpathian Convention from Banská Bystrica continued in cave surveying in 1927. The lower entrance into the New Cave (exit from today’s show path) was opened in 1932. During 1939 – 1940 the Cooperative of Bystrá Caves opened a part of the cave for public but without electrical light. The tragical incident of anti-fascist resistance from the World War II is commemorated by a board in the Collapsed Dome. The Mostárenské Halls in the New Cave were discovered in 1951 under the administration of Turista, national enterprise. The Old and New Cave were connected by J. Majko and J. Vytřísalová with colleagues in 1955. The cave has been opened for public in today’s shape since 1968 in length of 490 m. The Lower Guerilla Hall has been used for speleotherapy since 1971.