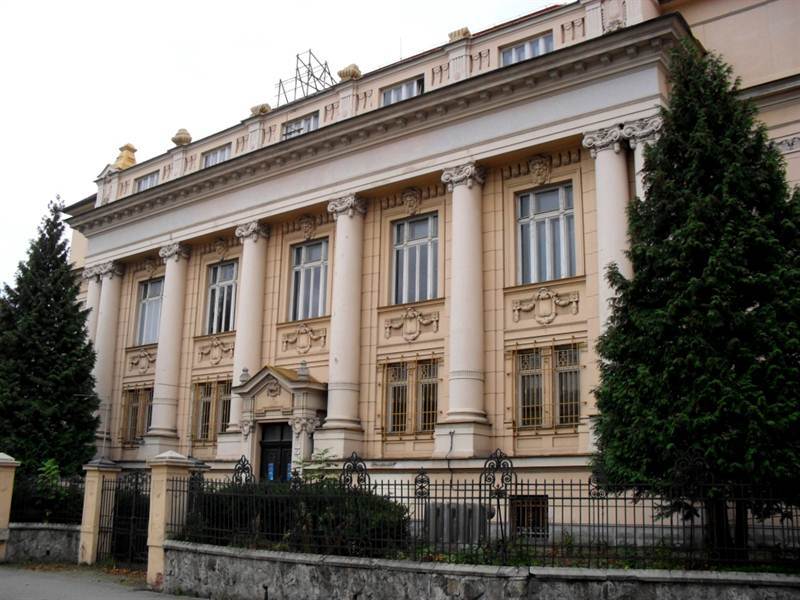 Žilina branch of the Austro-Hungarian Bank (later the National Bank of Czechoslovakia) was built in the early 19th century in Neo-Classical style. The author of the project was one of the most important architects throughout Hungary, Jozef Hubert. In the vaults of the bank at the time when there was a threat of bombing of Prague by Germany, the Bohemian Crown Jewels - St. Wenceslas crown, sceptre, apple, cross, sword and robe were hidden here because of the agents of the Third Reich. About this strictly stealth action knew only a small part of the President's Office and the closest bank management. Most Czechs still have no idea that their national treasure ever left the Prague Castle.