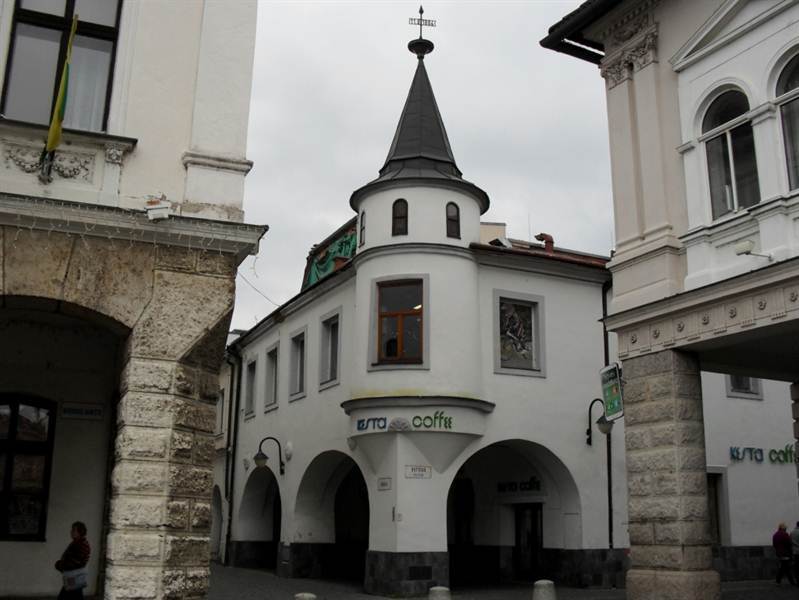 At the corner Bottova and Town Hall Street in Žilina is one of the most famous cultural landmarks of the city - by origin a medieval town house with corner tower, whose most important Žilina owner was wealthy hotelier Pavol Folkman. On top of the turrets is a copper flag dated 11 August 1886 - a reminder of the terrible fire of that fateful year in which bursted in the city and severely damaged almost all the historic buildings on Marian Square.