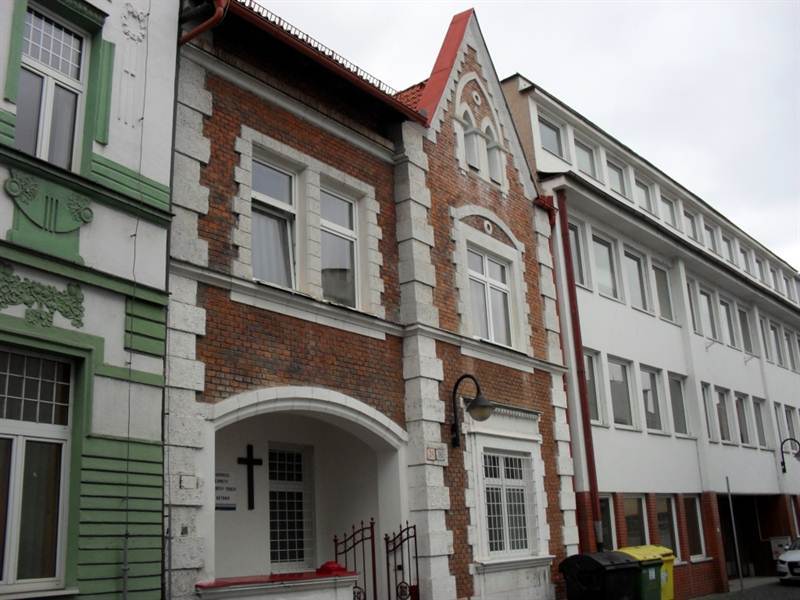 House of the Missionaries of Charity in Žilina

While walking down the Dolný Val Street located in the historical center of Žilina visitor can be enchanted by several buildings. One of them is marked with the sign of the cross. It is a bourgeois house built in the early 20th century in the spirit of eclecticism. A former owner of the building donated it to the Capuchins, who was later succeeded by the Missionaries of Charity. This order was founded by Mother Teresa in India and its role is to help the poorest. In terms of Žilina, the Missionaries of Charity help in particular the gypsy community.