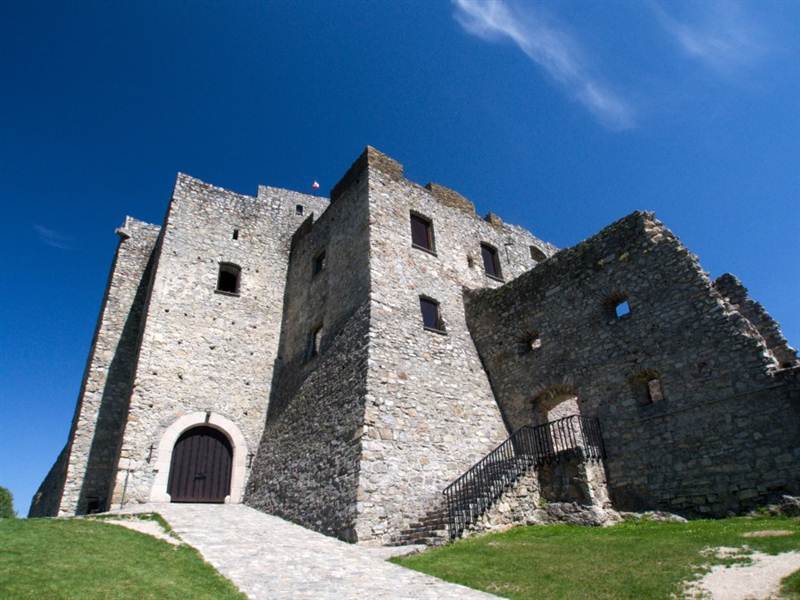 Not far from the city of Žilina, above the sleek meanders of Váh River, proudly sits the excellently preserved Strečno Castle. It used to be the safest castle of Považie region and the home of Žofia Bosniaková the well-known “Saint of Strečno”. Apparently, this woman whose husband cheated on her and spent little time at home dedicated her whole life to God and to helping other people. She never refused anyone who was asking for help. Her remains were kept intact for many years in a church in Teplička nad Váhom, but, unfortunately, in 2009 some sort of a lunatic came and destroyed them. After that a faithful figure of Žofia was made and set on display in Strečno Castle’s chapel, where it can be seen by today’s visitors. Apart from Žofia Bosniaková, the castle has to offer other attractive sights as well. For example, its visitors can admire the unique Domašín Meander with the famous crag formation of Margita and Besná, found as well in the poems of Ján Botto. Another positive aspect of the castle is its ready accessibility which makes it available even to the less capable hikers.