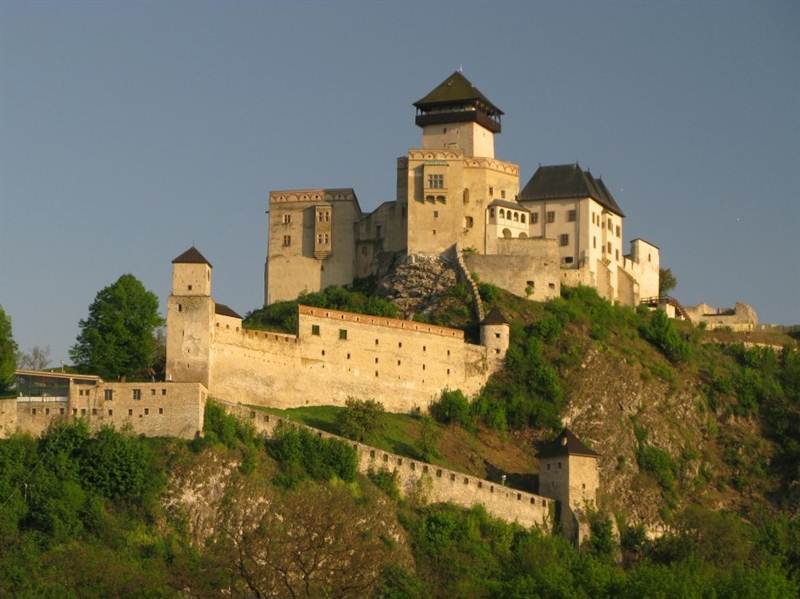 Trenčín skyline is dominated by a majestic castle towering from a rock spur above the city. The most well-known owner of this ancient castle was Matúš Čák Trenčiansky, or Máté Csák of Trencsén, also known as the so-called lord of Váh and Tatras, an oligarch once controlling the whole of West and Central Slovakia. These days Trenčín Castle is one of the places Trenčianske múzeum (Trenčín Museum) is based in. Its attractive exhibitions – among other things an exhibition of feudal justice with examples of different torture devices, or an exposition of period warfare, or Illesházy family gallery – will appeal to a broad audience. Those who like breathtaking views will surely enjoy the view from the top of the main tower also called Matúšova veža (Matúš’s Tower). There is something to see at the courtyard as well: a popular tourist attraction – the Well of Love. Legend has it that it was dug by a young Turkish lad named Omar, who was promised by the castle lord that he would release his beloved Fatima out of captivity. When after three whole years of relentless toil the lad handed to the lord the first goblet of water, he reportedly said, “You have water, but no heart.” What actually happened, however, was a great deal more prosaic – local peasants spent ten years digging into solid rock to find no water at all.

Trenčín Castle is one of the places Trenčín Museum is based in.