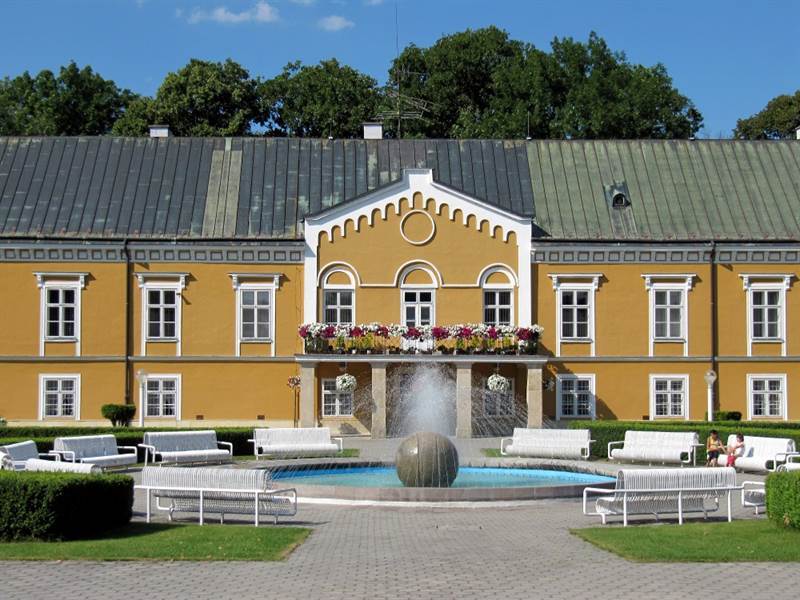 After growing tired of the cold stone walls of his castle Michal Telekessi, a dreaded robber and adventurer, had had built for himself a beautiful and comfortable manor house in the nearby village of Lednické Rovne. Both the manor house and the village later marked their place in Slovakia’s history. In the nineteenth century, Josef Schreiber acquired the manor house and built there his famous glassworks, one of the most advanced in the whole of Europe. The importance of Lednice glasswork industry is shown in the Slovak Museum of Glasswork in Lednické Rovne Manor House along with an engaging exposition of the history of glasswork in this small part of the world. Adjacent to the castle there is a beautiful English park with a white marble mausoleum, the final resting place of Jozef Schreiber. Incidentally, it was in this park where Jozef’ Schreiber’s son Eduard shot the first Slovak film.

Opening hours: The manor house and the mausoleum are not available to the public at the moment.

Admission Fee: The manor house and the mausoleum are not available to the public at the moment.