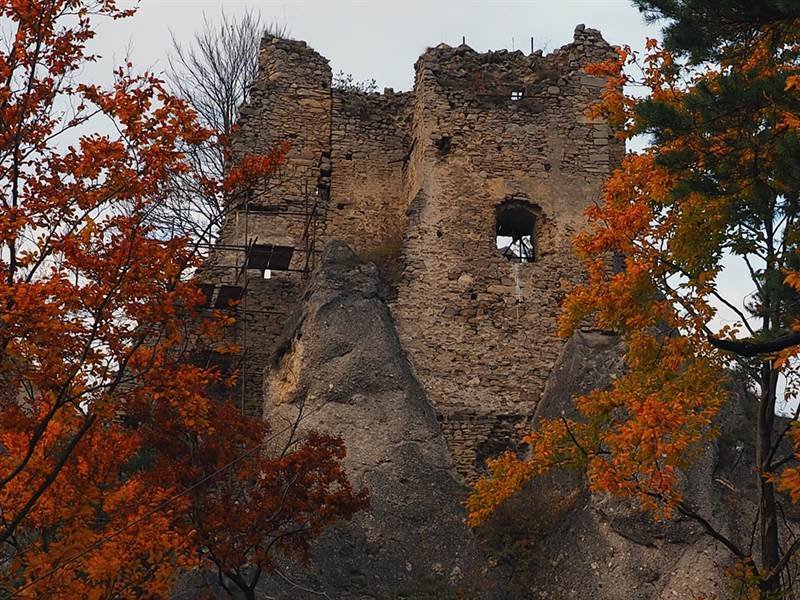 From the crags of the northern rim of Súľov Highlands rise the dilapidated walls of the ancient Hričov Castle. The path leading to this mountain fort, woven through beautiful forests, meadows and rocky ravines, is a memorable experience for any keen hiker. Those who like breathtaking panoramic views will greatly appreciate the final part of the hike. Stretching beneath Hričov is the Váh River Valley, then there is the nearby city of Žilina or the beautiful Súľov Rocks. Within a walking distance from the castle there are two unique nature sights worth seeing: Hričov Rock Needle and the Stone Monk. According to a legend, the Stone Monk formed on the place from where an old monk would loudly chastise count Thurso. This count was apparently a deceitful person who tricked the rightful owner of Hričov Castle, locked her away in a dark dungeon and took the castle for his own. Many times did he send the old monk to jail, but the monk would always reappear on a nearby rock shouting, “God can see you! God will punish you!” Ultimately, he turned into stone.