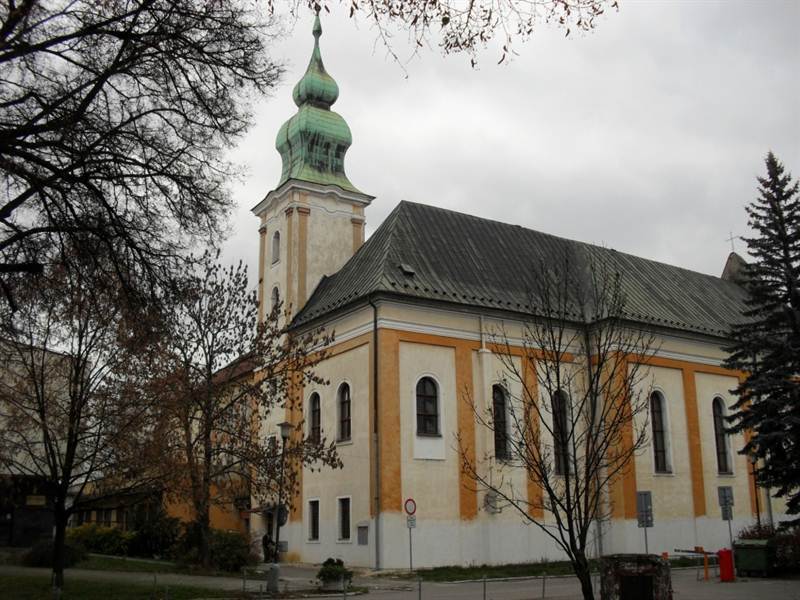 Baroque church and Franciscans monastery complex in Žilina was built in the 18th century on the edge of the then town. The church was dedicated to St. Barbara, a martyr, according to legend she was imprisoned in a tower her by own father - a great opponent of Christianity - and could not be baptized. But finally with the help of a priest dressed as a doctor she succeeded and was, her dear father it personally beheaded her. The interesting feature of the church of St. Barbara is an underground crypt in which are buried not only religious, but also other people, for example - a curiousity -  the executioner of Žilina. The church is currently managed by Dominicans.