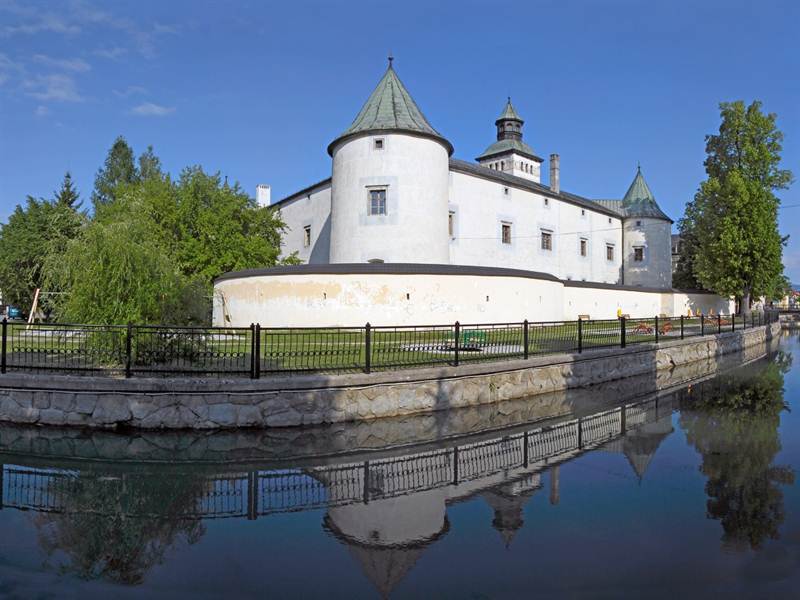 The construction of this vast Renaissance-style manor house that continues in the tradition of Italian urban palaces was ordered by František Thurzo, an influential Hungarian magnate, in the sixteenth century. The manor house has been the scene for several historic events: in the sixteenth century a trial was held here to administer justice to the associates of the “Bloody Countess”, Elizabeth Bathory (Alžbeta Báthoryová). A hundred years later, one of the soldiers guarding the manor house, Juraj Jánošík, got acquainted with a forest robber, one Tomáš Uhorčík, who was held prisoner there. Under his influence, Jánošík became a robber himself and later on the most popular folk hero in Slovakia.
Nowadays Bytča Manor House houses in the main building the Bytča State Regional Archive. The exquisite Wedding Palace the wealthy Hungarian magnate Juraj Thurzo had had built for his six daughters, houses the exposition of the Považie Museum in Žilina.