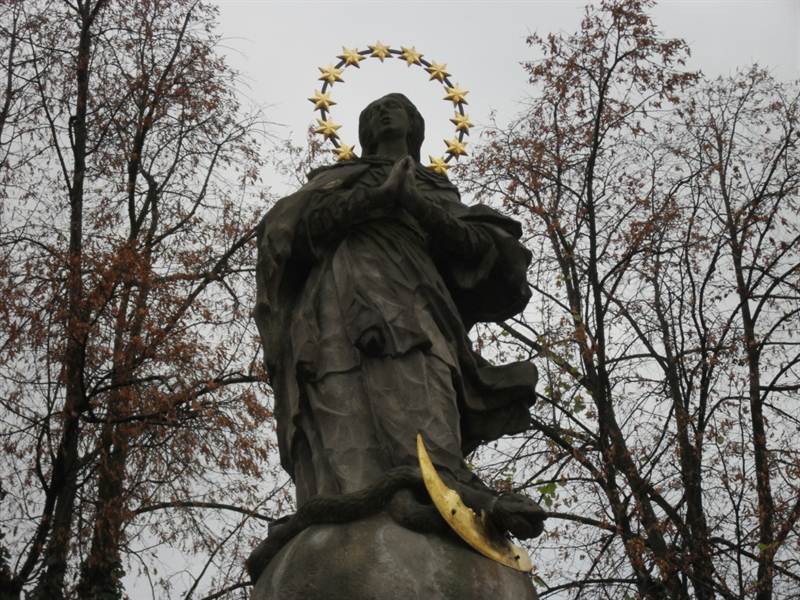 One of the ornaments of the ancient Marian Square in Žilina is a Baroque column with a statue of Immaculata (the Immaculate) built in the 18th century. The column is bound to an interesting event: In 1953, when the totalitarian regime tried to rename Žilina to Stalinovo, they wanted to remove the statue removed from the historic square, but after a stone cutter falling from scaffolding and his subsequent death, it has not been attempted again. Comrades, in other time heroic fighters against religious "obscurantism", even worried to remove the scaffolding that was erected near the statue, and so it remained there for quite a while.