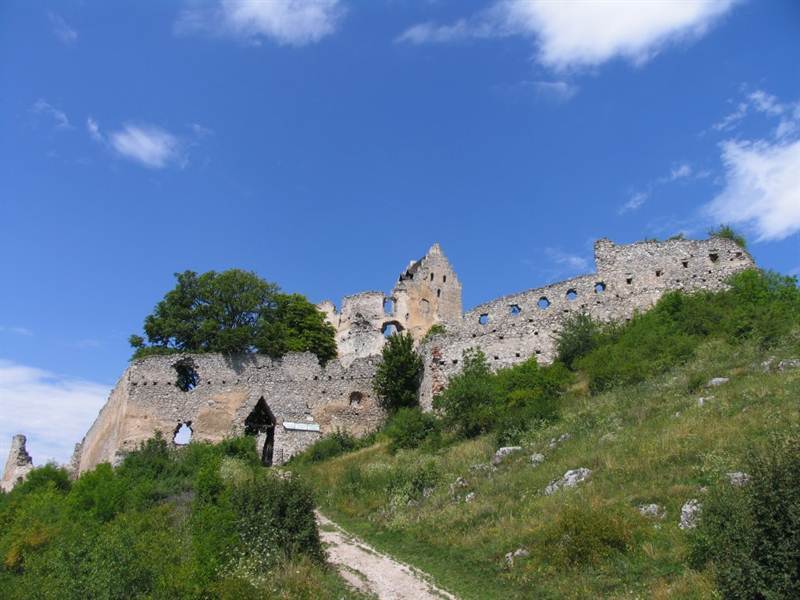 In the picturesque forests of Považský Inovec, above the town of Podhradie, lie scattered the ruins of the ancient Topoľčany Castle. This castle remembers many moments from the lively Slovak history – the days of Matúš Čák, the “lord of the Váh River and the Tatra Mountains”, the fierce Hussite wars, or the savage Turkish raids. According to a legend, one of the noblemen in charge of the Topoľčany Castle, a knight with a dragon in his coat of arms, made a pact with his country’s greatest enemy, the Turks, and started plundering his own domain. During one of their raids a dark cloud suddenly appeared and a dragon-shaped lightning bolt struck down and incinerated the cruel knight. Since then, this served as God’s deterrent for the local nobility, discouraging them from taking sides with the enemy while all their fellow countrymen bravely fight against the enemy. Apart from a lesson from history, Topoľčany Castle offers to its visitors an unforgettable aesthetical experience as well. One of the castle’s strongest points is its wonderfully preserved keep with peaked roof and the captivating view of the whole of Horná Nitra region, the hill of Zobor or Strážovské Hills with the popular Kňaží Stôl Hill with Kňaží Stôl Nature Reserve. Not far from Podhradie there is the popular Duchonka Water Reservoir, offering a place to swim, to enjoy water sports, or just to fish and relax.