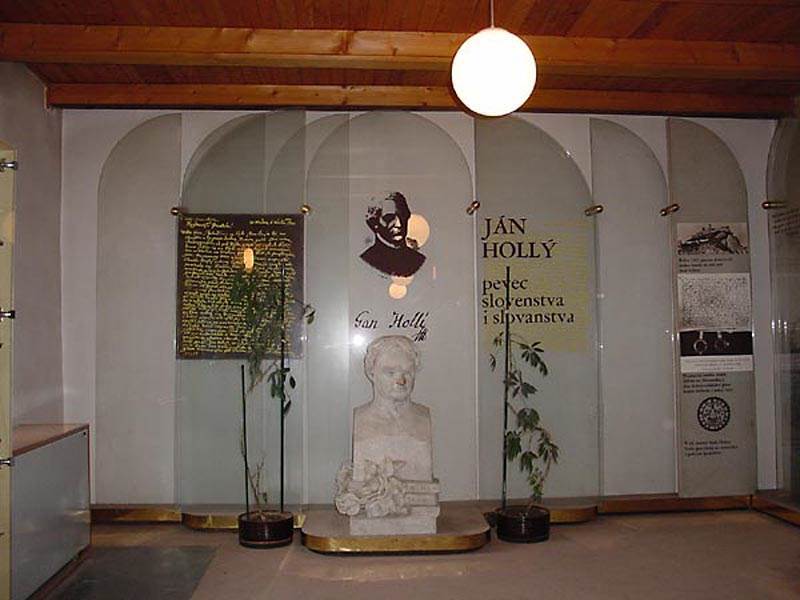 An old catholic manse located in small village Dobrá Voda (western part of the country) became the working place of catholic priest and Bernolakian poet Ján Hollý in the first half of 19th century. He is known for the artworks like Selanky, Svätopluk or Cyrillo-Methodiada. It was this manse, where in 1843, the three  national revivalists Štúr, Hurban and Hodža asked for his opinion on their concept of literary language, which was based on the central Slovak region, unlike the Bernolak´s, which was based on western region dialect. Although Hollý himself was using Bernolák´s dialect, he gave them his blessing and admitted, that the national songs sound better in their language. Few years later, Hollý died in this manse. In present day, there is a memorial room dedicated to this poet. Visitors can find out about the life and the work of Hollý and they can see an autentic enviroment, in which the poet spent his last days.
Note: Visiting the memorial room has to be booked by the phone in advance.