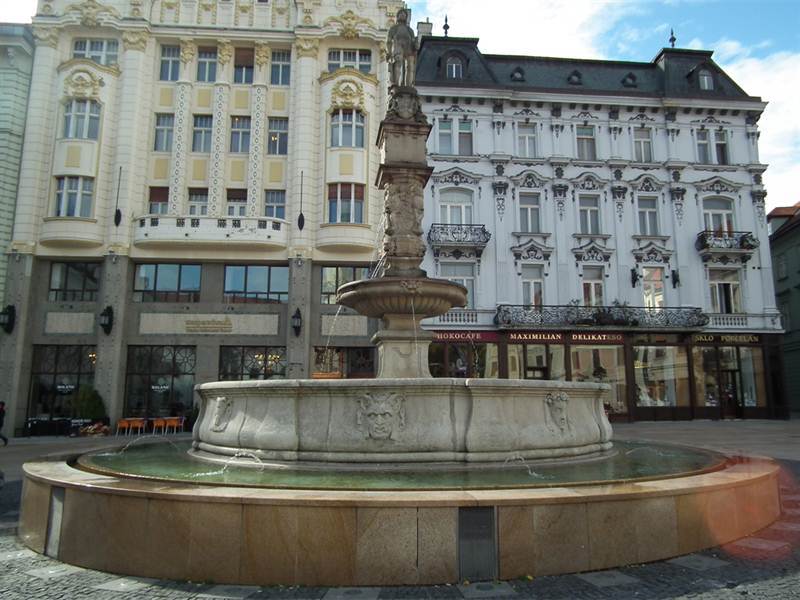 Beautiful Maximilian’s Fountain is the pride of the historic Main Square (Hlavné námestie)
in Bratislava. It was built in 1572 and is the oldest fountain in the whole city. The fountain consists of the column in the middle topped with a statue of the king Maximilian II. representing a Christian knight in amour who leans against the shield with the Hungarian emblem on it. According to the legend on Good Friday and New Year the statue comes to life to honour the city and its inhabitants. But only a native of Bratislava who has a pure heart may notice this phenomenon.