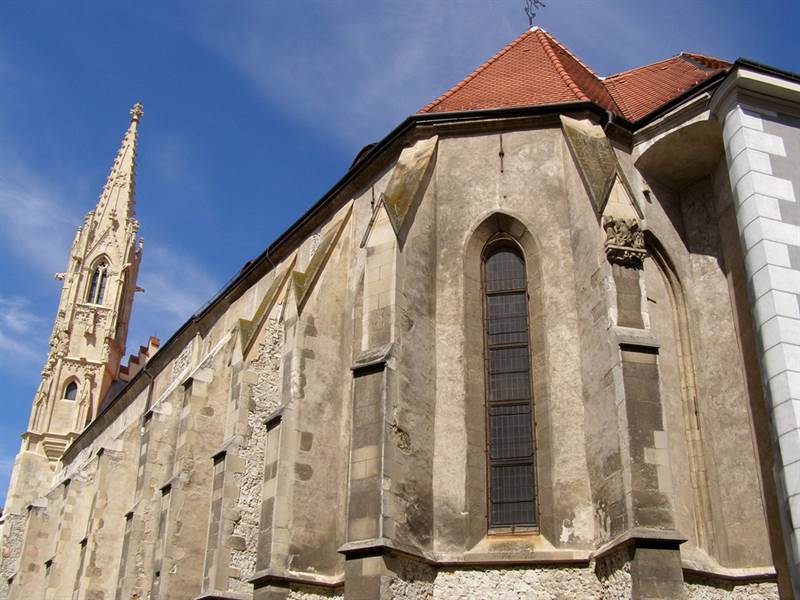 Church and Monastery of the Poor Clares

A monumental Gothic complex of the Church and Monastery of the Poor Clares from
the beginning of the 14th century belongs to prominent landmarks of the Old Town
in Bratislava. Visitors will mostly be impressed by the Gothic tower with its pentagonal shape. According to the legend the tower was built by a knight Kristian to confess his love to a nun Matilda. The abbes of the monastery, who promised Kristian the girl, did not keep her promise and the girl could cry her eyes out when looking at the built tower. Today the church of Clares serves as a house of God and also as a concert hall because of its excellent acoustics. The nearby monastery – former school was attended by the Hungarian composer Béla Bártok, inventor Jozef Murgaš but today it serves as a university library.