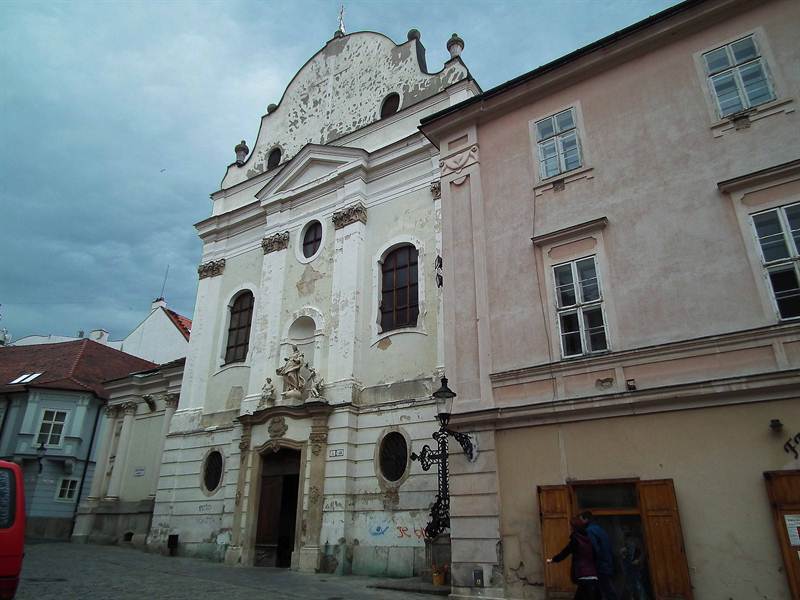 Franciscan Church of the Annunciation of the Lord in Bratislava

Church of the Annunciation of the Lord is attached to the Franciscan monastery is the oldest preserved sacral building in Bratislava. It was built in the 13th century and belongs to national monuments. Several chapels are added to the church, among others a chapel of John the Evangelist, which belongs to the most beautiful Gothic buildings in Slovakia. Remains of the martyr St. Reparata from the 4th century are placed in the artistic valuable reliquary of the church. Also several important historical events are connected with the church. For instance, in 1526 the Hungarian king Ferdinand the Habsburg was crowned there. This event happened at the beginning of the birth of the Habsburg monarchy consisting of Hungary (and thus territory of Slovakia) for almost 400 years. Since the election of Ferdinand as the king, the church became a place for knighting the Hungarians nobles and they were given the title of the Golden Spur.