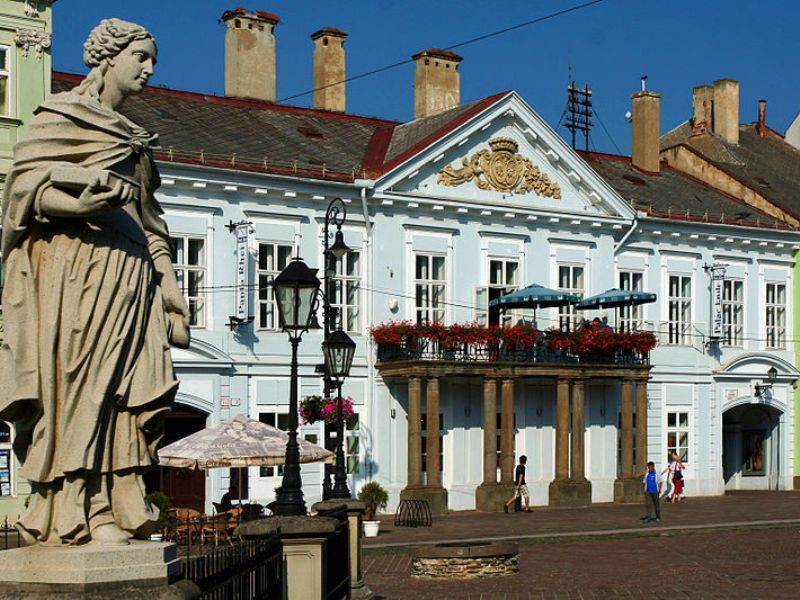 On Main Street near the State Theatre in Košice is one of the most important city palaces of the "metropolis of the East". Representative Classicist villa from the early 19th century served in the past the rich magnate families Csáky and Dezöfi and also as a luxury residence accommodation for the prominent world visitors to the city. Bed here, for example, found also a powerful Russian Tsar Alexander I, one of the winners over Napoleon.