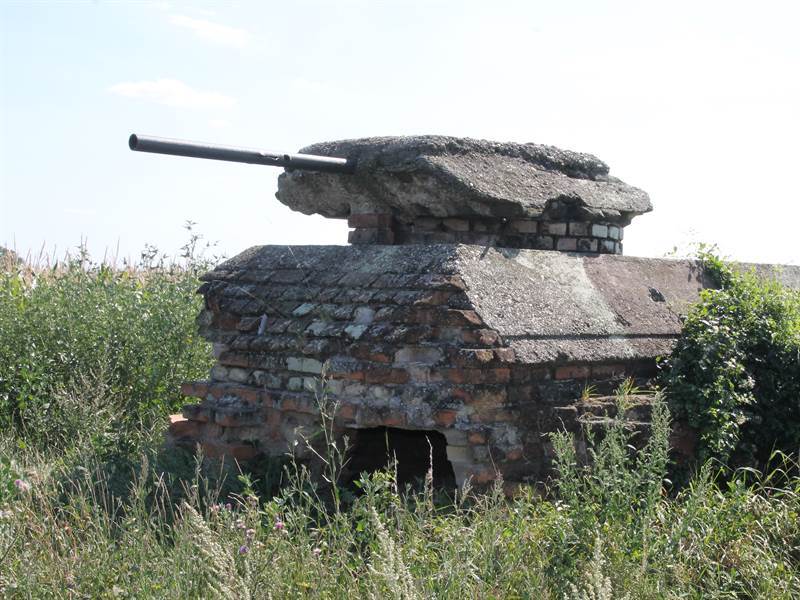 Brick imitation of tank. This tank has to imitate tank model T-34. What for it was, its still under speculation. It was a training target or was for intimidate the enemy infantry. First guess its better, cause there are shot holes in gun and there are mention in some forums that was used for infantry training. Cause is imitate tank model T-34, it can be build by german army to train or to scary enemy when german army retreat.