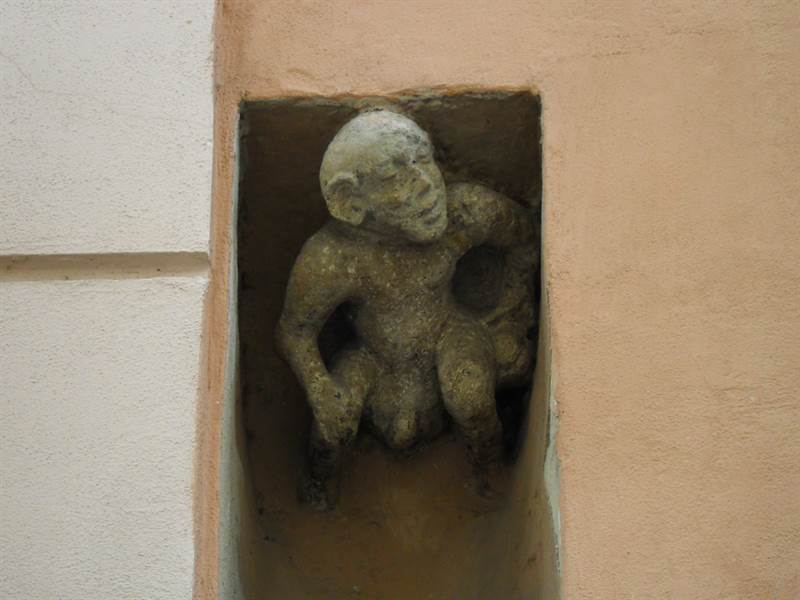 Taunter is a uniqe statue that grimaces from the facade of an old house in Panonská street (Panonská ulica). There are many explanations offered for this strange carving. Some say it mocks the neighbour for spying on clueless passers-by’s through a small oriel window. Another say the statue was created to ridicule one burgher of Bratislava who under
the influence of alcohol inappropriately courted neighbour’s wife. The next day when he found a naked taunter on the façade of his house he started to drink from shame until drank away his house and had to move from the house and city. Today the inconspicuous little statue of a little laughing man is popular with tourist.