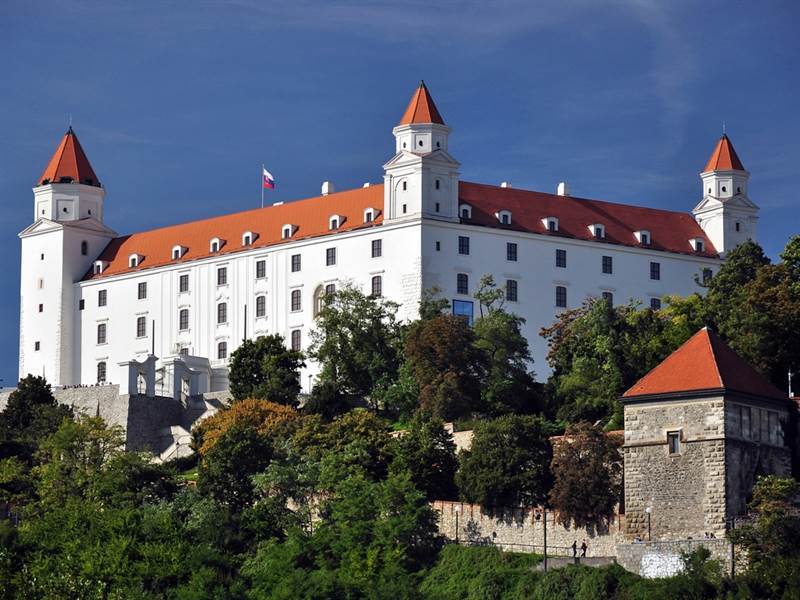 Bratislava skyline is not complete without its symbol, the majestic castle with four towers overlooking the city from a nearby hill. This castle played a vitally important role in Slovakia’s history. It served as a defensive post against Slovakia’s western neighbour, or against the Turks. For a certain period of time it also served as the seat of Hungarian kings. Therefore it saw good times and bad times as well. There is a well-known story about how Germans led by Henrich III laid siege on the castle. The troops garrisoned inside would have had their days numbered were it not for Zothmund, a brave diver, who one night sank all German ships anchored on Danube carrying all their weapons, ammunition and food supplies, and he did that by stealthily drilling holes into the hulls of the ships. The defenders did not expect such an easy victory. These days the castle is used mainly as a representative building for state officials. It also houses Historické múzeum (the Historical Museum), one of Slovenské národné múzeum’s (Slovak National Museum) specialised branches. What is also worth seeing, apart from the castle interiors featuring interesting exhibits from the museum, is the well-kept surroundings of the castle with amazing views of the city of Bratislava.