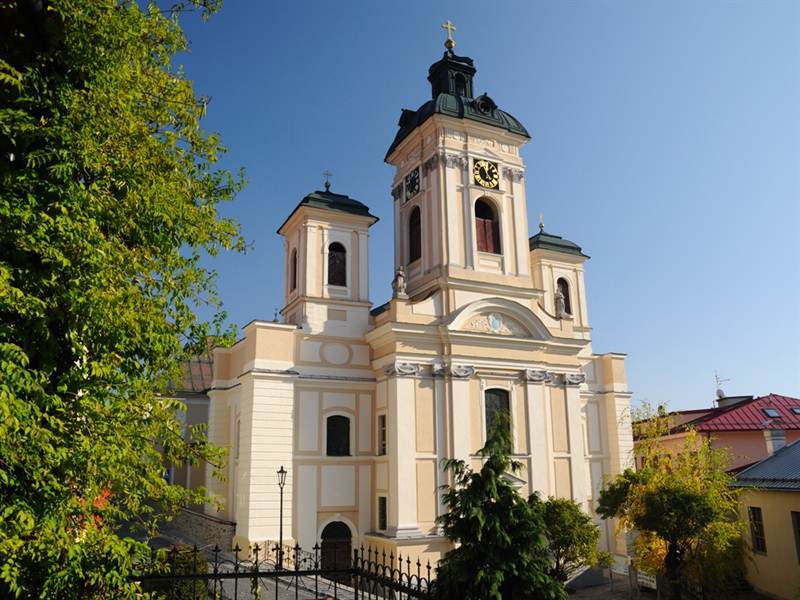 Church of the Assumption of the Virgin Mary in Banská Štiavnica

Church of the Assumption of the Virgin Mary in Banská Štiavnica was originally Roman basilica from the first half of the 13th century, later rebuilt in Classicist style with a cross-shaped ground plan. The church originally belonged to Dominicans, later to Lutherans, and the to Jesuits. Jesuits held it in trust until the 70s of the 18th century, when the Jesuits order was abolished.