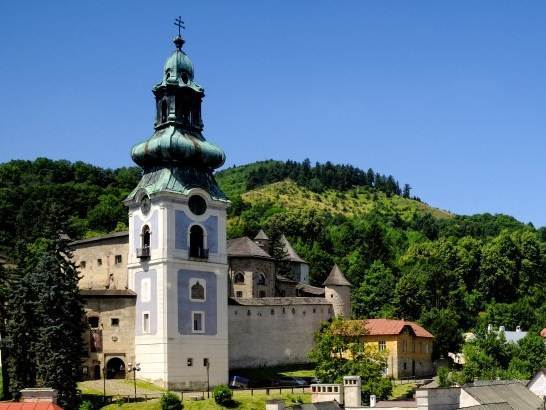 The Old Castle in Banská Štiavnica

Banská Štiavnica, the oldest city in Slovakia, is dominated by a handsome lowland castle called Starý zámok (Old Castle). According to legend, this historical gem of a castle, listed as a UNESCO world heritage site, was built by the Knights Templar who settled in Banská Štiavnica in order to take its legendary riches. It is said that they used to hold kidnapped local virgins in the dungeon under the castle, planning to stage their discovery and subsequent rescue, and reap the generous reward. However, after their underhand plans were revealed the knights were banished from the city and their master hanged. Nowadays the Old Castle is a part of Slovenské banské múzeum (Slovak Mining Museum). Its permanent expositions include a prison, a torture chamber, a smithy, or the last pipe maker’s shop in Slovakia. Among other interesting historic landmarks and buildings in Banská Štiavnica that are worth mentioning are the Nový zámok (New Castle), a beautiful Calvary with a nice view of the city, or the campus complex of Banícka akadémia (Mining Academy) – the first mining academy in the world – situated in a former botanical garden.

The Old Castle in Banská Štiavnica is a part of Slovak Mining Museum. 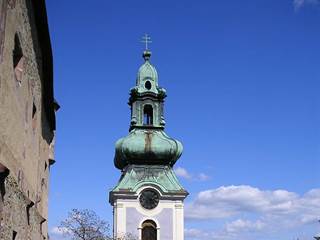 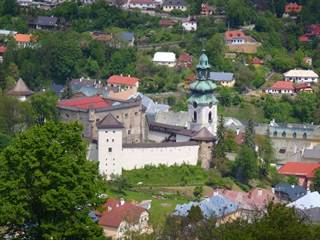 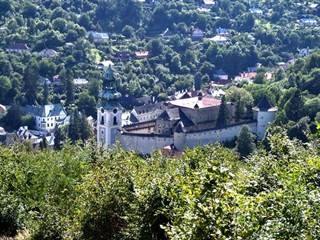