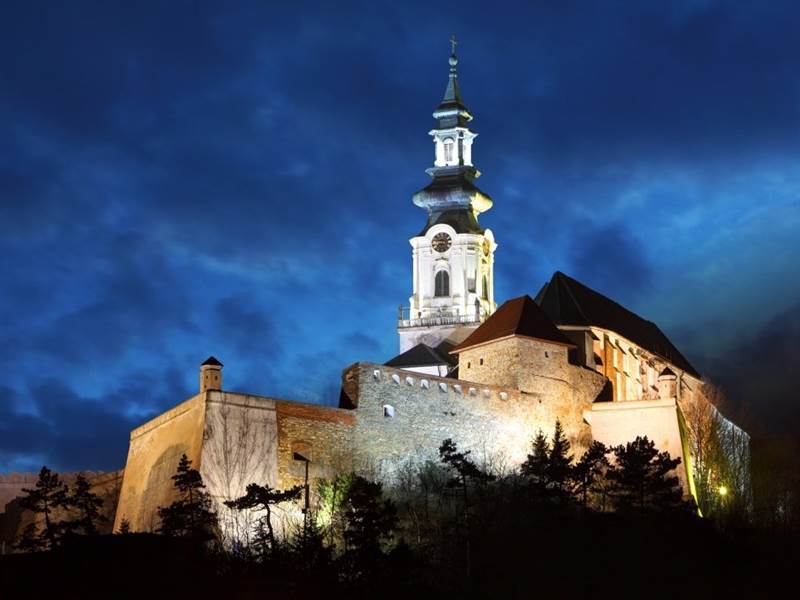 On a picturesque hill in the centre of the ancient city of Nitra, in place of Pribina’s castle stands the stubby Nitra Castle. This castle is the traditional seat of Nitra bishops; located in the castle complex is the the Bishop’s Office, St Emerám’s Cathedral and the Nitra Diocese Museum, which is the first diocese museum in Slovakia. Located in the eastern courtyard is the fabled Vazulova veža (Vazul’s Tower), the place where Vazul – a cousin to the first Hungarian king Stephen – was imprisoned. His eyes were taken out, molten lead was poured into his ears and he was left between the cold bare walls of the small tower. All of this was delivered to him as punishment for potentially threatening the succession of Peter Orseol, King Stephen’s nephew, after the death of his son. Under the castle lies the historical Horné mesto (Upper City), a part of Nitra with numerous exquisite ecclesiastical as well as middle-class buildings. On the corner of one of them is a statue of Corgoň, a mythical man of great strength who is said to have repelled an attacking Turkish war party by throwing huge rocks at them from the castle hill. In addition to the castle and the adjoining historical city, Nitra has other places worth seeing as well, for example the Calvary, offering a beautiful view of the city, or Zobor Hill with a quiet forest park and an info trail.