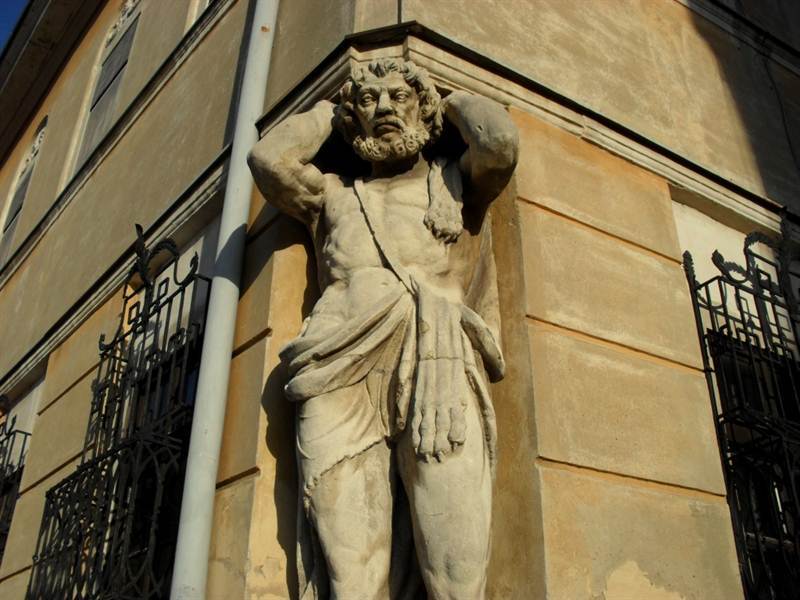 A must of every walk through historical Upper City (Horné mesto) in Nitra is a statue of Atlant supporting the first upper floor of Kluch Palace. The statue of the Nitra Atlant, popularly called “Corgoň” reflects a legend that describes “Corgoň” as a mighty blacksmith, who was allegedly so strong that when he hit with a hammer on an anvil, the entire Upper City shook. When Tursk besieged Nitra castle it seemed that for the locals it is the last hour. The legend says that it was Corgoň who defended the Upper City during the Ottoman Turkish raids while he threw large boulders directly at the rushing Turks with his powerful hands. According to the legend Corgoň’s strength is still hidden in the statue and who would like to try it then it is enough to touch strong man’s big toe. Some locals say that Nitra beer (nitrianské pivo) may give you more power than a statue.