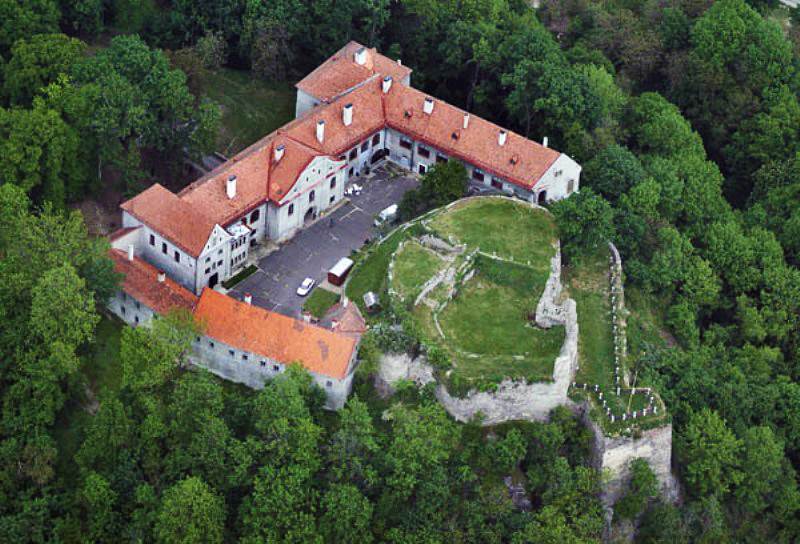 Modrý Kameň, the smallest city in Slovakia, boasts a castle of the same name, overlooking the city from a nearby hillock. The castle has been the witness to many destructive conflicts. Often changing owners, once it was controlled by Slovaks, then by Turks, other times it was under the king’s influence followed by a takeover from the rebels against the Crown. However, as one of the legends from the times of the Turkish invasion says, the castle was quite difficult to capture. According to this legend the Infidels did not manage to breach the castle walls even with the number of cannons they had. Only after bribing an opportunistic townsperson with thirty silver talers did they manage to achieve their goal. Soon after positioning their cannons on a nearby hillock, as the traitor suggested, the walls of the castle gave way and the flag with crescent and star flew above the castle. The hillock from which the cannons fired then became known as Júdov vrch. The medieval castle of Modrý Kameň is now reduced to romantic ruins. However, the Baroque manor house built in the eighteenth century in the castle foregrounds has been preserved and from 1994 houses the Museum of Puppet Culture and Toys with attractive exhibitions including puppets made in Slovakia as well as in India or Tunisia. The museum also houses a historical exhibition of dentist equipment provided by the Slovak Chamber of Dentists, being one of its kind in Central Europe.