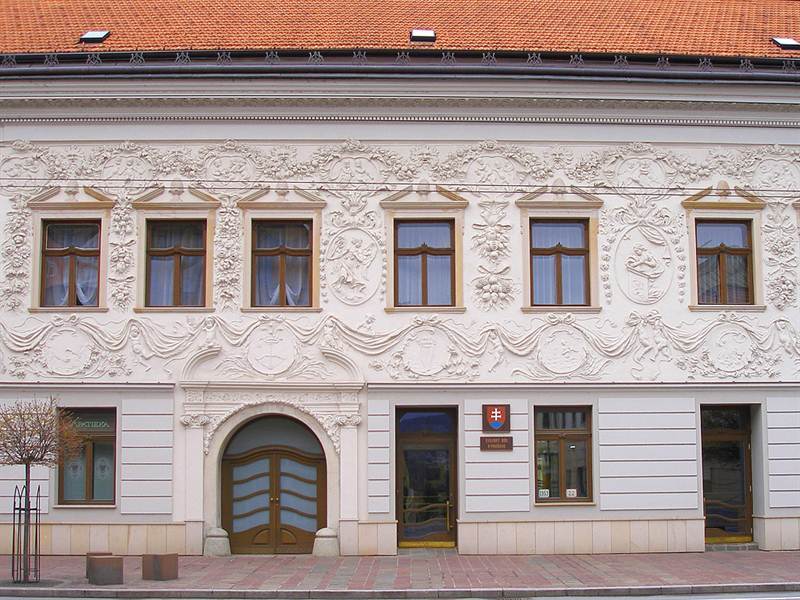 Sumptuous palatial seat of barons Klobušický is one of the ornaments of the historic center of Prešov. It attracts passersby by its beautiful stucco, which is the work of prominent Italian masters. The palace was built in the mid 18th century in the late Baroque style - the so-called Louis XVI style. Today is the seat of the Regional Court in Prešov.