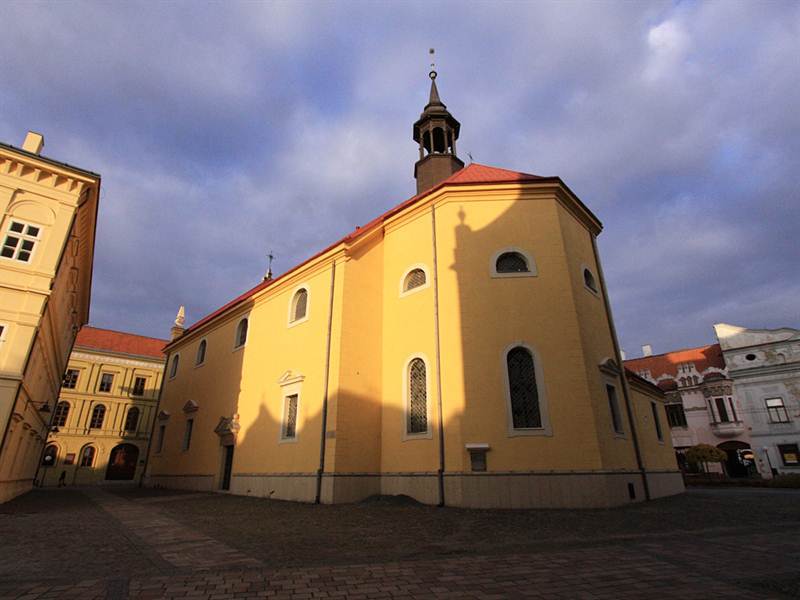 Evangelical Church of the Holy Trinity in Prešov

Alongside ancient Catholic Cathedral of the St. Nicholas in Prešovstands a younger Evangelical Church of the Holy Trinity from mid-17th century, one of the few Evangelical churches in Slovakia built during the time of the Reformation. His gruff exterior and modest interior decoration accurately reflect Protestant ideals, but these are not always liked by the users of the building, because in the next period full of religious wars and riots it has been for a while in the hands of Protestants, and then for a while in the hands of Catholics. Underneath the church is a crypt, where are buried the quartered bodies of four out of 24 known victims of Prešov slaughter.