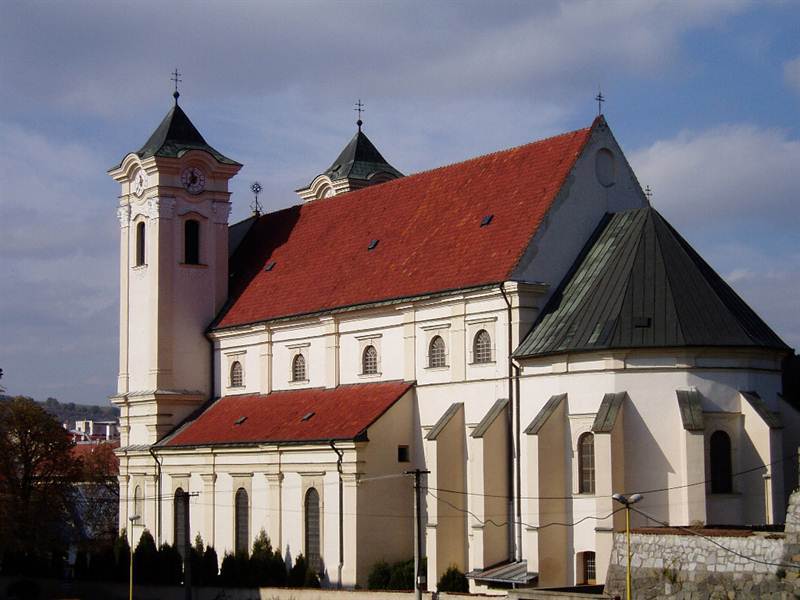 Franciscan church in Prešov is a majestic building with two towers of the late14thcentury, combined with a smaller, originally Carmelite monastery. An interesting feature of the church is the emblem of the stork-holding a piece of gold, which is located at one of the local altars, and who is alleged reminder of the miraculous story of Prešov rich burgher František Klobušický: Once František went hunting, it is said that a stork raised over his head and threw him a piece of gold directly into his hands. Rich man took this as a sign that considering the size of his capital he should be more generous and became a patron and ardent supporter of the church.