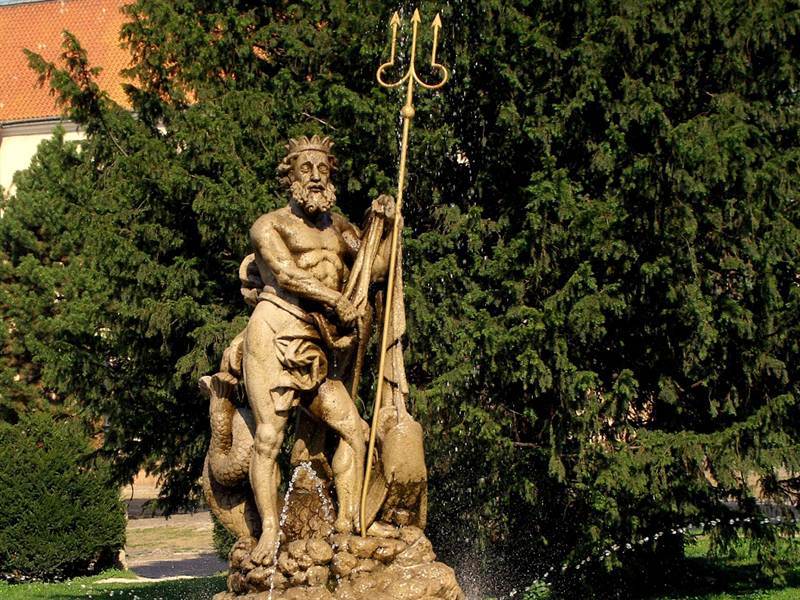 Neptune fountain is the oldest and, according to many, most beautiful fountain in Prešov. At the turn of the 18th and 19th centuries it was built by some wealthy Jewish merchant. He was very grateful for the fact that the city council allowed him to settle and conduct business in Prešov (because Jews were previously banned to settle in free royal towns). Fountain is located in the historic centrenear  St.Nicholas Cathedral and its dominant feature is the statue of Neptune holding his trident.