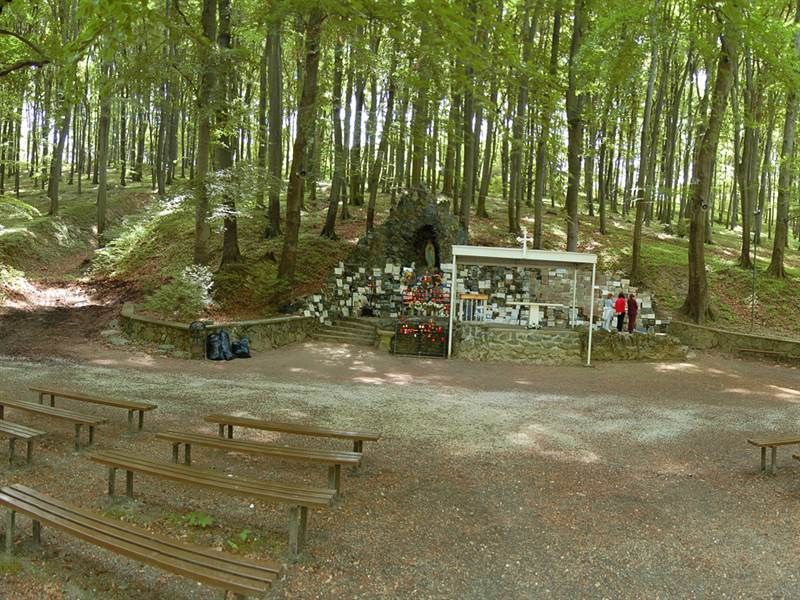 Tiny village Marianka, located on the foothills of Little Carpathians in southern part of Záhorie is famous as an important pilgrimage place, considered to be the oldest not only in Slovakia, but also in the whole Austrian-Hungary empire. Its tradition goes to 14th century and is annually visited by thousands of people not only from Slovakia, but also from different countries. It´s not just pilgrims who visit this place, but thanks to the beautiful nature, valuable cultural heritage and interesting history, many regular tourists stop by. The legend says, that a traveler once carved and hid the wooden statuette of Virgin Mary into the hollow tree during the times of war. Few decades later, there was a thief who had severely handicapped children. He promised he will be penitent and will improve his life. After that, the Mother of God showed herself to him in his dream and pointed at the place where the statuette is hidden. He was told to dig out the stream of water, which would heal his children once they take a bath in it. It happened exactly as she said. This statuette is now placed in the  Basilica of the Birth of the Virgin Mary in Marianka and since it was built in 14th century – is now the oldest Marian church in the central Europe. Next to the basilica, there is an old monastery, which serves as a pilgrim house. Nearby, there lies so called Marian valley with lurd cave, calvary (complemented with  collection of life size statues), as well as the already mentioned legendary magic stream with rotund Chapel of the Saint Well.