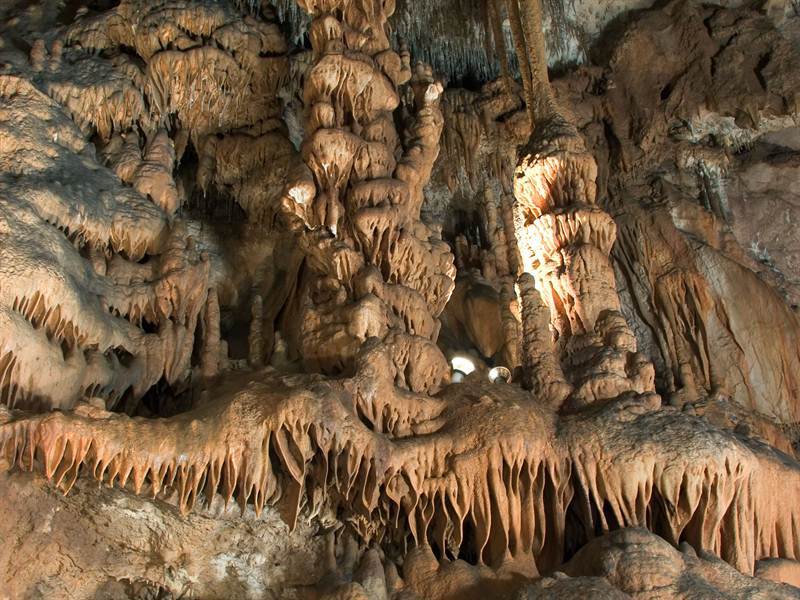 The Jasovská Cave was settled in the Neolithic (Bukk-Mountain Culture), Bronze Age, Halstadt Age (Older Iron Age) and Rome Age. Sporadic findings show also to possible short-term Palaeolithic settlement. It is passed on that the cave (its upper parts) was discovered by a monk from the Premonstrate Order located in Jasov. The first mentions on the Order existence are bound with the 12th century. People from village and monastery used the cave as a shelter. Many old inscriptions and drawings on cave walls were preserved. The inscription from 1452 records the victory of Jan Jiskra’s from Brandýs soldiers. The year 1576 in the Bats Dome witnesses that some bottom parts of the cave had been known already in the 16th century. Fading away of the Turkish expansion can be connected with finding of the Turkish dagger with a tooled ornament. The Club of Czechoslovak Tourists opened a part of the Maze for public in 1931 and thirled the lower entrance. The upper floor was opened for the public in 1935, together with the wall writing from 1452, and by a thirled adit from the Big Dome with the surrounding of the White Dome. The show path has the length of 550 m.