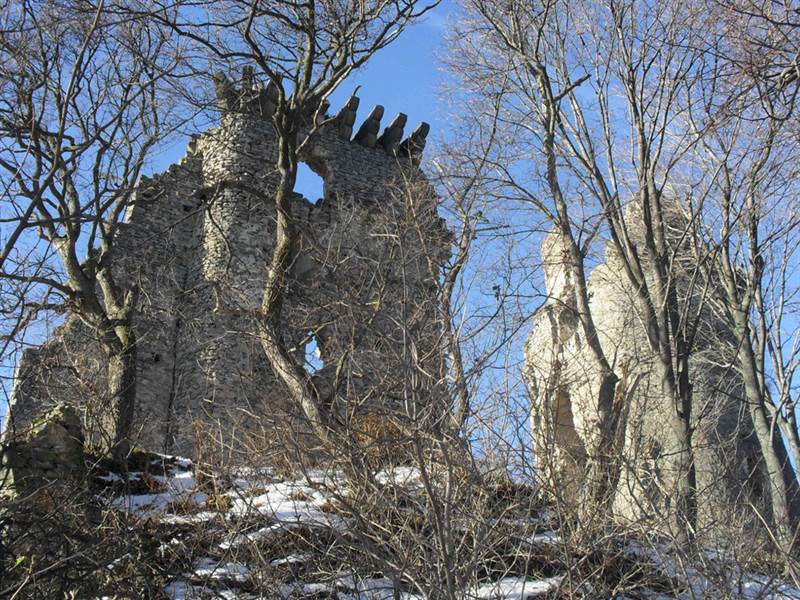 Situated on a wooded hill overlooking the town of Slanec near the city of Košice, lies the ruined Medieval Slanec Castle. The ruins are dominated by a tower called Nebojsa. Another interesting feature is the beautifully preserved Gothic window of a ruined chapel that used to belong to the castle. According to a legend, this castle once served as a hideout for a young Hungarian queen when she was running away from a group of noblemen who revolted against her. One hot summer night the noblemen besieged the castle and squire Forgáč snuck all the way into the room she was sleeping in to assassinate her. When the startled queen jumped out of her bed, just as God created her, Forgáč was powerless against her beauty. He begged her for forgiveness and helped her to escape. Later on the queen gave him the castle as well as a portrait of her the way he first saw her that hot summer night. Thanks to its position, Slanec Castle offers a great view of the surrounding landscape. Visitors can see the East Slovakia Lowland, the Milič Mountain Range or the Zemplín Mountains. Those interested in exploring local countryside should not miss the Reed Pond Nature Reserve (Trstinové jazero) populated with rare animal species, amphibians in particular.