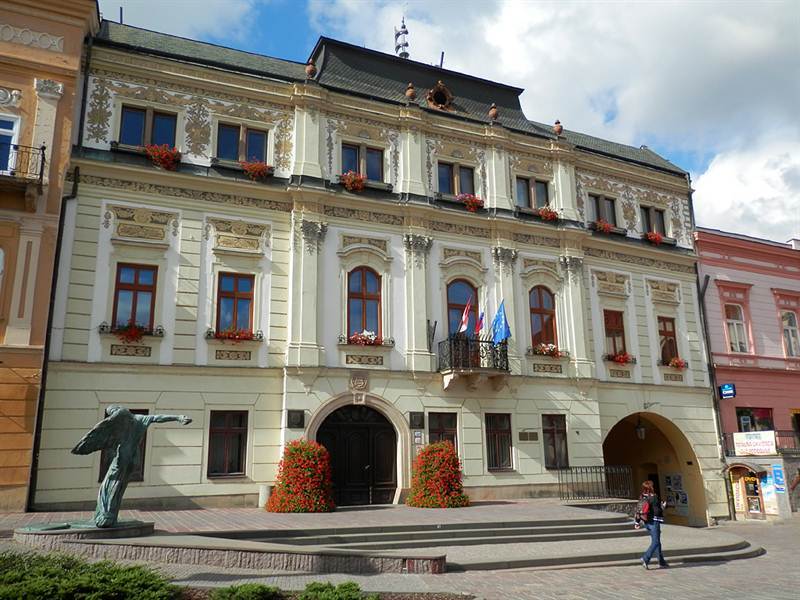 Historic town hall is one of the jewels of the town Prešov. In the history of Slovakia it has particularly infamously enrolled in 1919, after the conquest of a large part of eastern Slovakia by Hungarian army. From its balcony was declared Slovak Soviet Republic - the product of irredentism controlled by Budapest, which was to be later attached to Hungary.