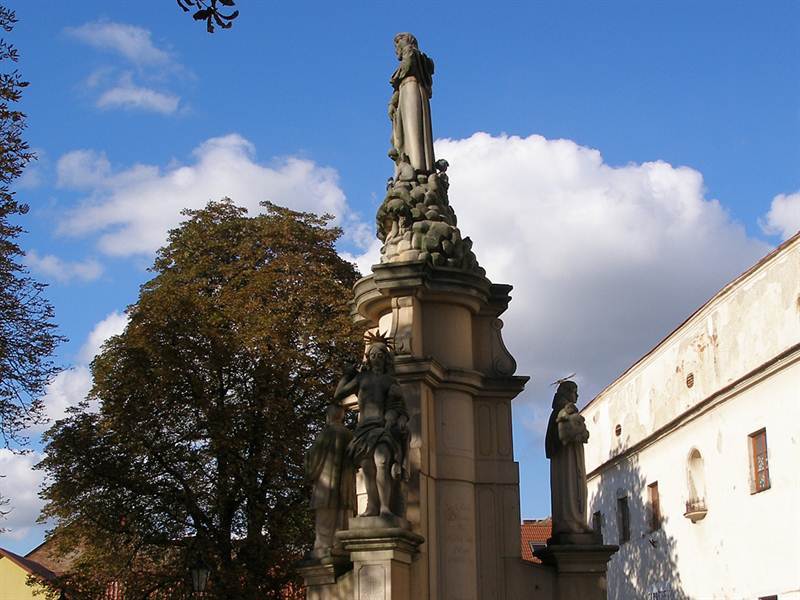 Statue of St. Rochus in Prešov

Space in front of the Franciscan Church in Prešov beautifies a sandstone statue of St. Rochus since the 18th century. St. Rochus was a medieval pilgrim, who was said to healed the sick by the sign of the cross. Today, true patron of gardeners, carpenters, pavers and -thanks to the dog, who took care of him when he himself became ill, and who was also imprisoned with him for some time - patron of dog owners.