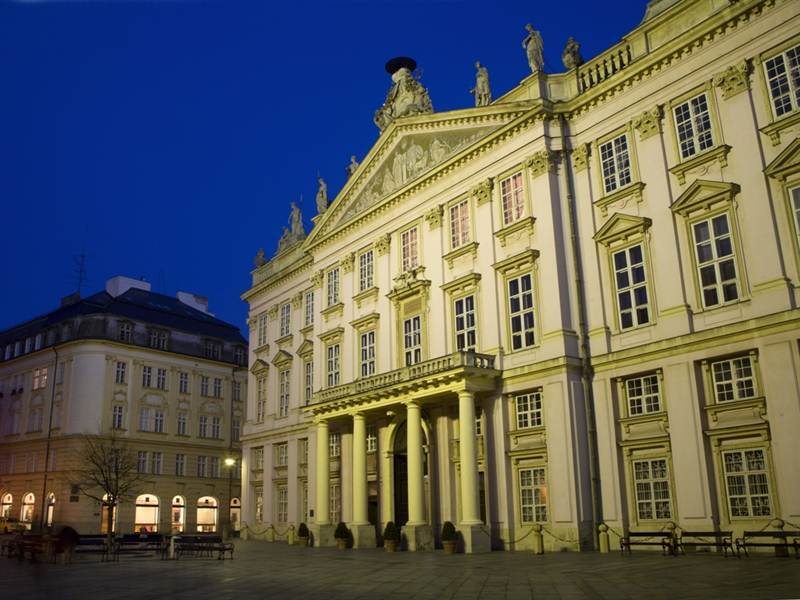 A beautiful building of the Primatial Palace in Bratislava, one of the Neo-Classical architectural gems in Slovakia has a rich and memorable history. In 1805 in a mirror hall of the palace there was signed the peace treaty between the Austrian Empire and Napoleon’s France. Today the building is a seat of a Mayor of Bratislava and also the place where are held various cultural events. In the palace there are also exhibition premises of Bratislava City Gallery. English woven tapestries belong to a rare and unique collection of exhibits in this building.