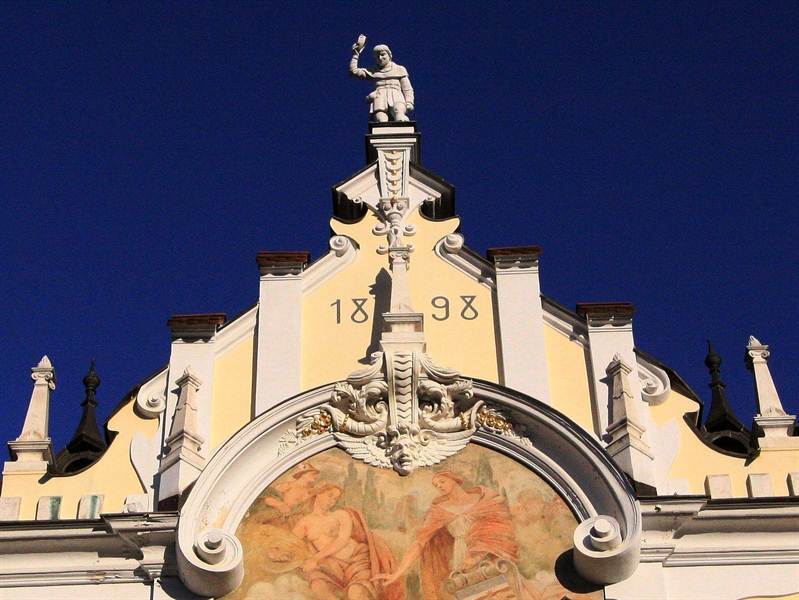 So-called Beggars house on the Main Square in Košice is an exhibition Art Nouveau building, which dates back to the 14th century. Košice legend says that the house was built by some beggar some of the city from his beggar alms. Money received by begging represented a clean, by taxes unencumbered income, so no wonder that it was (and still is) one of the most charming buildings in the city. There is a statue of a man taking down his hat, which allegedly represents the actual owner, who from the heights of its new home smiles and greets all who willingly contributed to his new home.