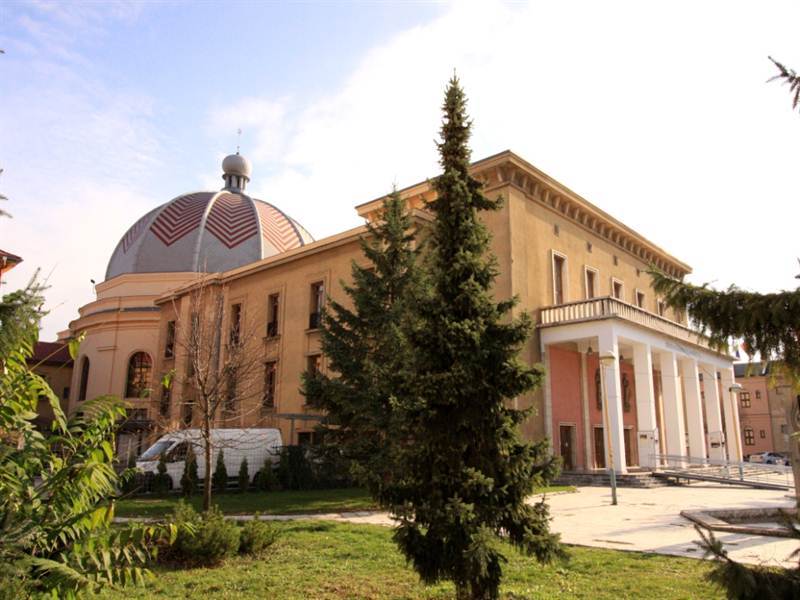 House of Arts in Košice

House of Arts in Košice is a monumental Neologic Synagogue from the first half of the 20th century. Synagogue after World War II ceased to perform its original function, but after a short period when served as a warehouse, it finally somehow found a decent use - with additional foyer, dance floor, dressing rooms and salons it became the seat of the State Philharmonic orchestra Košice.