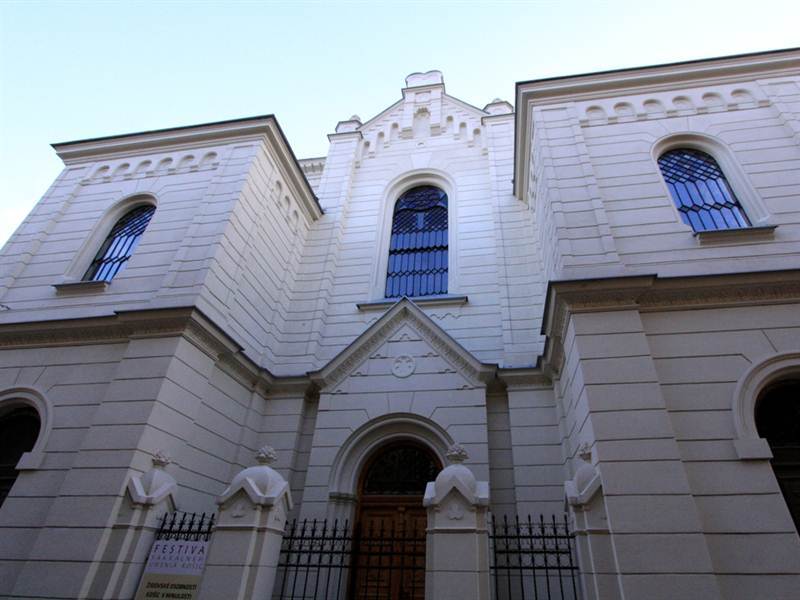 Synagogue on Zvonárska Street in Košice

Before the World War II Košice had one of the largest Jewish communities in Slovakia. The city still boasts several memorials of this era. The oldest of them that has been preserved is a beautiful Synagogue on Zvonárska Street. It comes from the 19th century and is a prime example of Moorish architectural style. Synagogue is located next to the entrance to the Jewish community with the rabbi's dwelling, Town Hall, offices, kosher kitchen and oldest Jewish ceremonial baths mikveh.