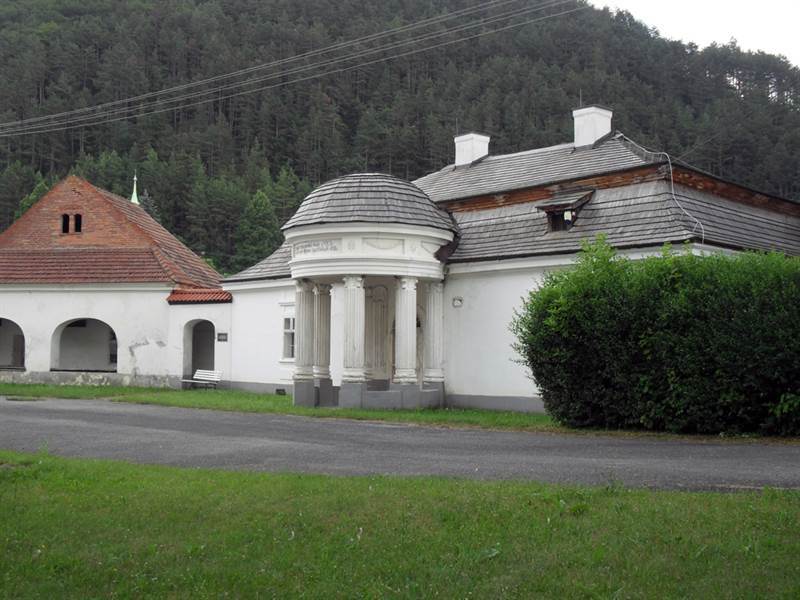 This small manor house, once owned by the Pronay family, is located in the quaint village of Blatnica. This village is closely connected with the beginnings of Slovak cinematography: it is here where the first Slovak feature film was made – Jánošík by Siakeľ brothers, thanks to which Slovakia joined the first ten countries in the world to make a feature film. What is more, Blatnica’s connection with Slovak cinematography is made even stronger by the fact that the Blatnica Manor House houses the Karol Plicka Museum. Plicka was a well-known photographer and film maker who made a great contribution to the development of Slovak cinematography. The manor house and its museum, however, are not the only attractive features of Blatnica and its surroundings. Towering on the top of the hill overlooking Blatnica are the ruins of a Medieval castle, and the neighbouring village of Mošovce has to offer a popular thermal resort or the beautiful Mošovce Manor House and park.