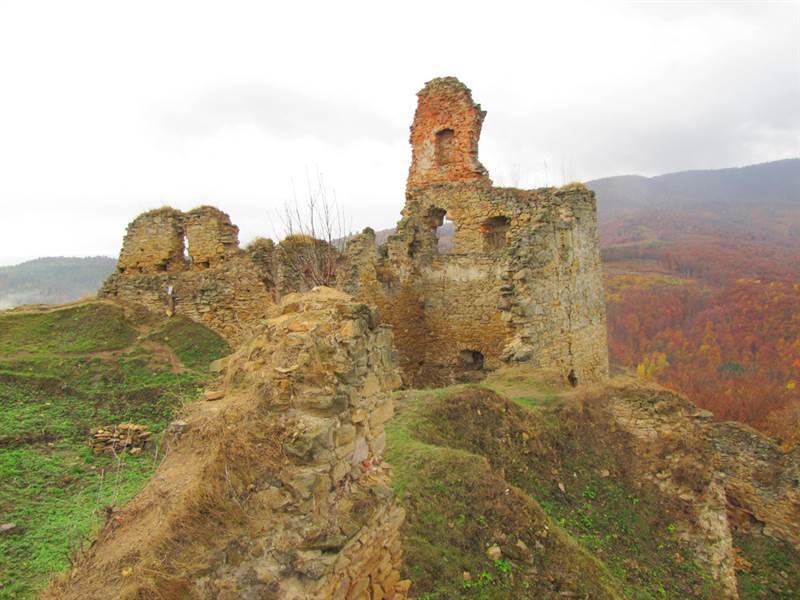 Situated on a wooded hill not far from the town of Bardejov lie the charming ruins of Zborov Castle also known as Poppyhead (Makovica). The trail to the castle leading from the town of Zborov is strewed with information panels offering information about the history of the castle as well as about the Zborov Castle Hill Nature Reserve (národná rezervácia Zborovský hradný vrch), one of the oldest nature reserves in Slovakia. Even after centuries, Zborov Castle’s charm still attracts the attention of almost anyone who lays eyes on it. A legend talks about Žigmund Rákoczi, a powerful Hungarian nobleman, who fell in love with the castle and wanted to buy it from its owner at that time, one Gašpar II Serédy. Since the castle was very dear to Gašpar as well, hoping he would discourage the potential buyer, he asked an astronomical amount of money. In addition to that, he required it to be paid in ducats coined in the same year. Despite all odds Žigmund met Gašpar’s requirements and Gašpar stood to his word and honoured their agreement. It is said that Gašpar’s heart broke out of misery after losing his beloved castle.