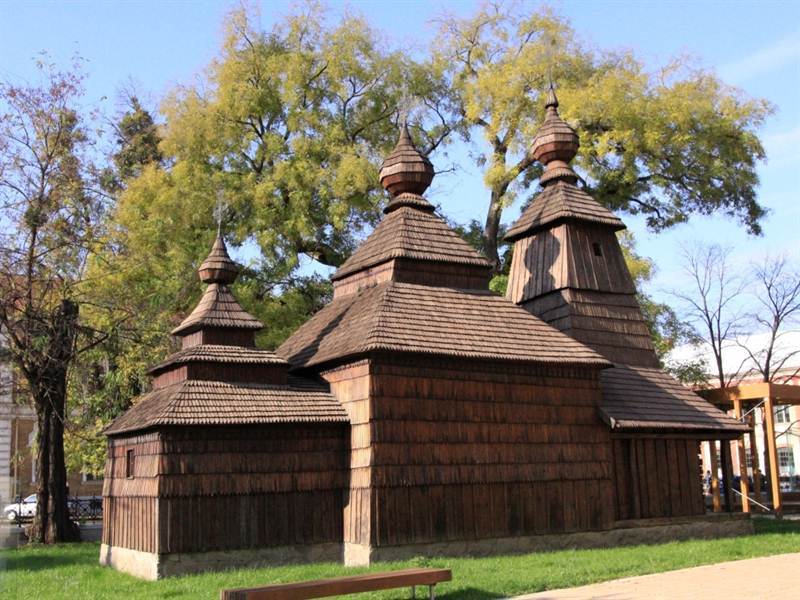 Charming rustic church belonging to the national cultural monuments was built in the 18th century by Greek Catholic believers in the village Kožuchovce in the north-eastern Slovakia. However, since his original place was in danger of disappearing, it was moved to Košice, where it adorns the courtyard of the East Slovakia Museum. The church has - as is typical for this type - excluding ships and shrines, a third space - a space for women called “babinec”. In addition to the church in the courtyard of the museum there is also a rare and wooden belfry of the village Mineraľnoje from the Transcarpathian Ukraine.