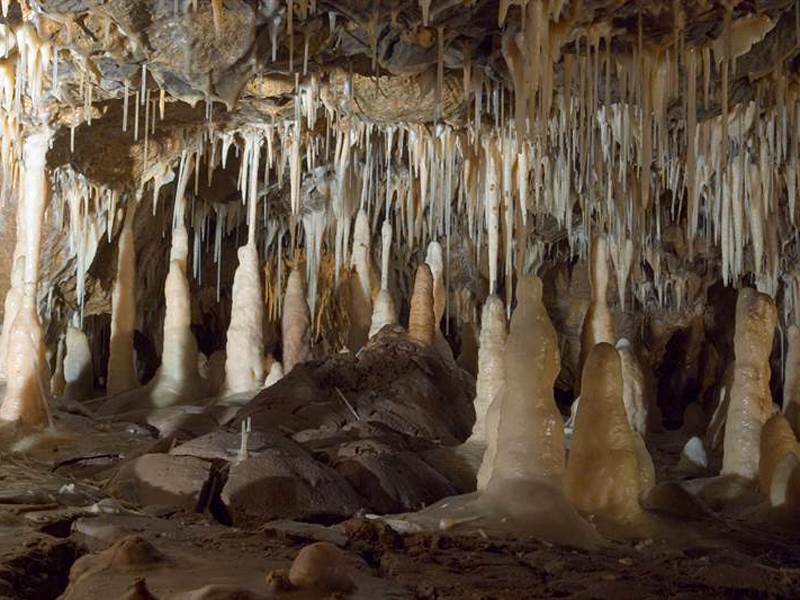 The entrance hall was known to local people since long ago. The continuation of cave spaces was discovered by O. A. Húska with assistance of A. Somr in 1922. Thanks to F. Havránek, who rented the cave from the Važec landowners and provisionally opened it to the public as early as 1928. The official assessment permiting opening the cave for public is from 1934. The spaces behind the Stone Dome were discovered by F. Havránek and members of the Speleological Club from Brno (O. Ondroušek, E. Coufalík, J. Balák and R. Kunc) in 1952. After the reconstruction of show path and installation of electric lighting is the cave in operation since 1954. The surveyors from Turista penetrated into the side passage behind the Gallery in 1962 – 1963 and the cavers from the regional group of SSS Liptovský Mikuláš in 1988 – 1989. Public has access to 235 m of path.