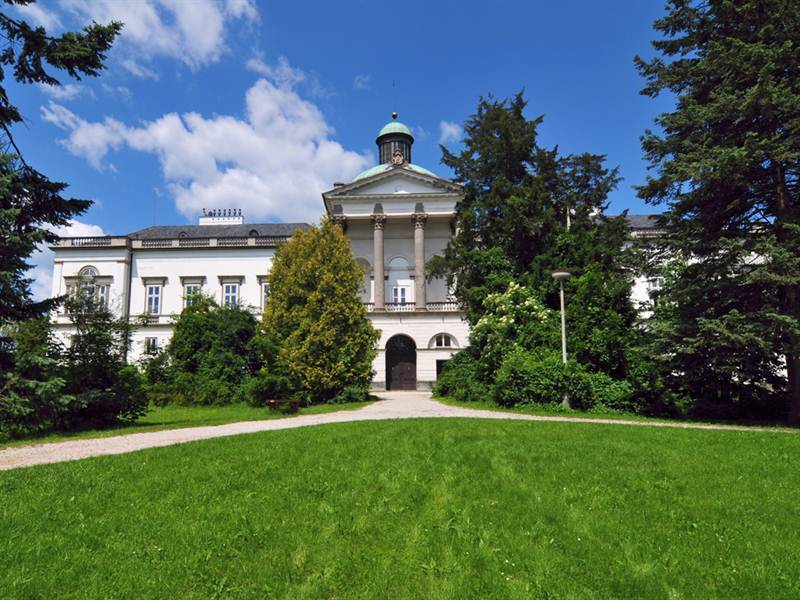 The palatial manor house in Topoľčianky is undoubtedly one of the finest examples of Slovakia’s civil engineering. Therefore it is not surprising that it served in the past as a summer residence for Austro-Hungarian emperors as well as for the first presidents of the Republic of Czechoslovakia. Among the owners of the manor house was one Tomáš Topoľčiansky nicknamed Tlstý (Fatty), whose sole joy in life was food. It is said that in the whole of Hungary there was no coach strong enough to carry this oversized nobleman. Once when a parson ordered him to go on a fast Tomáš invited three peasants into his manor house and ordered them to fast for him. Nowadays the manor house serves as a hotel, a restaurant, a congress centre and houses a museum with well-preserved period furniture and an original library with over fourteen thousand volumes. Near the manor house there is the Slovak National Stud Farm with a horse museum and a racecourse. Visitors to Topoľčianky can also visit a unique bison enclosure nearby – it is the only place in Slovakia that specialises in raising bison.